Samajwadi Party leader Abu Asim Azmi says only the SP-BSP alliance was strong enough to stop the BJP from winning over 5-7 seats in Maharashtra. 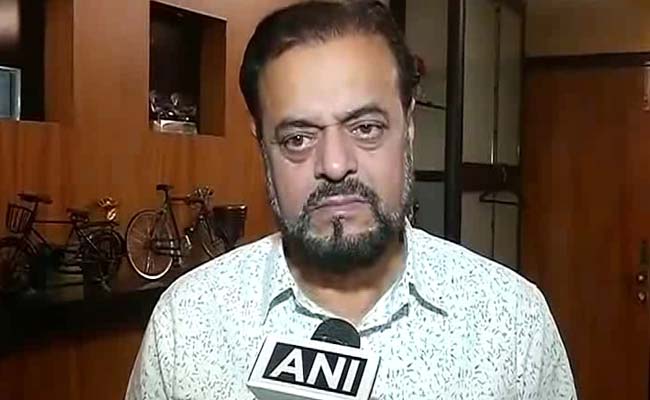 The Samajwadi Party (SP) and the Bahujan Samaj Party (BSP) today announced that they will contest all 48 Lok Sabha seats in Maharashtra in alliance.

SP leader Abu Asim Azmi said the two parties together represent about "85-90 per cent" of the society and provided a third front for people let down by the BJP and Congress.

"Secularism is about to end in the country. Those who call themselves chowkidars can go to any length, and peddle lies, to cling on to power," he alleged.

He claimed only the SP-BSP alliance was strong enough to stop the BJP from winning over 5-7 seats in Maharashtra.

Mr Azmi said the main opposition party (Congress) had made Muslims, Dalits and the backward classes "helpless", as there was no third alternative available for people.

"However, after our decision to contest all 48 seats, a third front will be available. We represent 85-90 per cent of society," he said.

Mr Azmi said discussions on the seat-sharing formula are yet to begin between the two parties and a committee had been formed to take it forward. The formula would be announced in two to three days, he added.

He said no other party had approached them till now to be part of the alliance.

BSP leader Ashok Siddharth alleged that the Congress' policies for Muslims, Dalits and backward classes remained on paper and could not trickle down to the ground level, adding that the SP-BSP will ensure these policies reach the common man.

He said BSP chief Mayawati will address a public rally in Nagpur on April 5 and the party would also request SP chief Akhilesh Yadav to be a part of it.