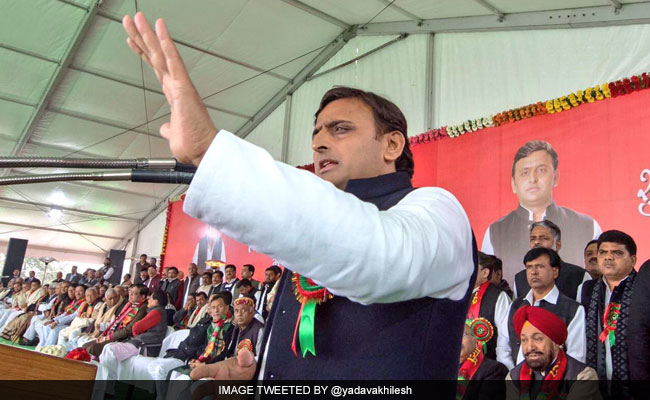 Sources say, Akhilesh Yadav is holding talks with Congress leaders through back channels.

Lucknow: The Samajwadi Party-Congress alliance which was promising to alter the political equations for assembly elections in Uttar Pradesh is in trouble with both sides calling the other's demands for more seats unreasonable.

Amidst building tension, sources in the Samajwadi Party say that all is not over and chief minister Akhilesh Yadav is holding talks with Congress leaders through back channels to iron out the differences. Congress Vice President Rahul Gandhi met sister Priyanka Gandhi Vadra and senior party leader Ghulam Nabi Azad at his residence today.

At the heart of the trouble are two key issues - how many seats will each get and which seat will go to which party.

The two parties had sent out all the right signals till Monday last. But when the two camps sat down for seat-sharing talks, trouble erupted. Senior Samajwadi Party leaders today indicated that Akhilesh Yadav, who has already announced 210 candidates - some even on seats held by Congress legislators - may announce more candidates over the next 24 hours, since the time is running out and nominations for the first phase end on January 24.

The chief minister is not waiting for the alliance to be thorough in more ways. Tomorrow, Akhilesh Yadav will release his party's manifesto in Lucknow.

Sensing trouble, top Congress leaders have rushed to Lucknow. The Congress, which has been reduced to player number 4 in Uttar Pradesh, is eyeing the alliance to recover ground. While senior Samajwadi leaders maintain that the Congress does not have the footprint strength to demand nearly 130 seats, the Congress says anything less will hurt the national party's interest. Samajwadi Party sources say the alliance is not taking off as the Congress wants it to surrender some seats it had won in 2012.

Promoted
Listen to the latest songs, only on JioSaavn.com
However, insiders say that the real tussle is over seats where minority vote holds sway. The Congress was edged out of power in Uttar Pradesh by Akhilesh Yadav's father Mulayam Singh Yadav in 1989. The rise of Mullah Mulayam brought the drift of minority vote to the Samajwadi Party from the Congress.

While the Samajwadi Party is keen to maintain its most favoured party status among Muslims, the Congress wants to regain lost ground via the alliance.