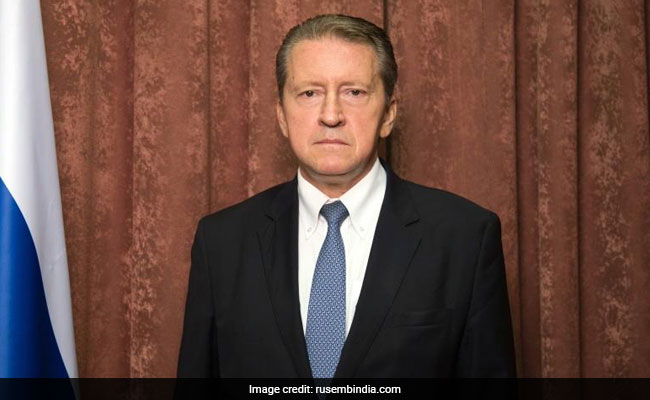 Russia will cooperate with India in the development of the rocket launcher for the project.

As Russia and India prepare to collaborate for Gaganyaan, India's man mission to space, its envoy Nikolay Kudashev said Monday the probability of Indian astronauts getting trained in his country are very high.

He said Russia will cooperate with India in the development of the rocket launcher for the project, the safety measures of the crew, communication and the preparation of the cosmonauts for the flight.

He hoped Russia's "extremely rich" experience in this mission will benefit India.

Responding to a question on whether Russia would train Indian astronauts, Mr Kudashev said, "They are most welcome. I am sure, we will. Such a possibility was explored during the talks. The probability of Indian astronauts going to us and staying with us at the space city is very high."

The Star City is a town in Russia dedicated for training astronauts.

The envoy was interacting with reporters on the sidelines of an event, which was also attended by Rakesh Sharma, the first India to travel to space in 1984 using a Russian spacecraft.

Sharma exuded confidence that ISRO will be successful in the Gaganyaan project as it has in other missions.

He said although going to space has become safer than it was three decades ago, the physiological aspects have not changed and whatever training the astronauts will undergo will be relevant as earlier.

Sharma said the interest in astronomy and space is growing and if India "is going to be part of colonising the Moon first, and later perhaps, the Mars", it will need a corps of astronauts.

"It is a good career option which is now opening up. For this current generation, it is a very exciting future," he said.

India and Russia share a robust cooperation in the area of space. In October, during Russian President Vladimir Putin's visit to India, the Indian Space Research Organisation and Roscosmos signed an agreement for cooperation on the Gaganyaan project.

In his Independence Day speech, Prime Minister Narendra Modi announced that India will send three Indians to the space by 2022.

In September, IRSO and French space agency CNES also signed an agreement to cooperate on the Gaganyaan project.