RSS-affiliated Bharatiya Kisan Sangh (BKS) said farmers from across the country will participate in the rally on December 19 and draw the attention of the government towards their condition. 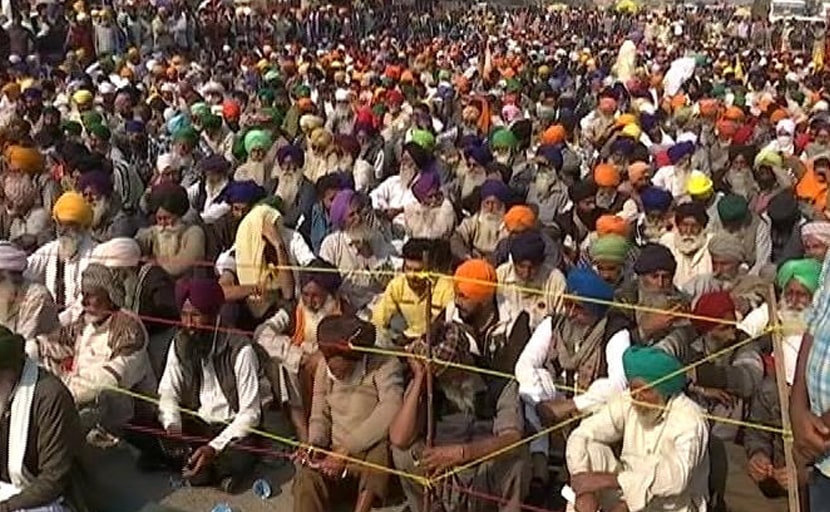 RSS-affiliated Bharatiya Kisan Sangh (BKS) on Monday announced a protest rally of farmers in the national capital on December 19 to press their demands for increasing financial assistance under the PM-KISAN scheme and removing GST on agricultural equipment and fertilisers.

BKS all-India secretary K Sai Reddy said the national executive, at its meeting in the city on October 8 and 9, decided that financial stability of farmers is paramount and to ensure that necessary steps must be taken.

"In the meeting we have decided to hold a massive protest rally -- 'Kisan Garjana Rally' -- in Delhi on December 19 and demand the central government to remove GST on agriculture inputs. We will also press for our demand that Kisan Samman Rashi should also be increased keeping inflation in mind," Mr Reddy said at a press conference here.

He also said several programmes will be held in October and November to aware people about the issues and the rally.

BKS general secretary Mohini Mohan Mishra said farmers from across the country will participate in the rally on December 19 and draw the attention of the government towards their condition.

"The plight of farmers have further worsened in the country due to rising prices of inputs in agriculture," he said.

Elaborating on the demands of BKS, Mr Mishra said, "Farmers have been paying GST on various agriculture equipment. Despite being producers they are not getting any input credit. So either government should reduce the input share in GST to zero or ensure farmers get a profitable price for their produce." Stating that farmers are not able to realise a profitable price of their crops, Mr Mishra termed the minimum support price (MSP) a "flawed" concept.

"There should be a new pricing mechanism based on profitable price of crops after considering cost of production. Existing system of MSP is flawed," he said.

The Centre has recently appointed a committee to look into the MSP-related issues of farmers.

He also demanded that PM-Kisan Samman Nidhi, which is Rs 6,000 per year per farmer, "should be increased regularly by linking it with inflation." Claiming that fertiliser and urea are being diverted for non-agricultural purposes, Mr Mishra said, "Fertiliser subsidy should be directly transferred into the accounts of farmers." He said farmers are leaving agriculture and looking for other options because of the neglect by the government and less profit in farming.

So there is a need to take such measures so that farmers do not leave agriculture. The government talks about farmers and doubling their income, so it should take these steps to ensure farmers' welfare, he said.