Ramdev, Mid-Yoga, Falls Off Elephant, Is Not Injured

In the 22-second video, Ramdev is seen sitting on top of an elephant and performing yoga asanas at an ashram in Mathura. 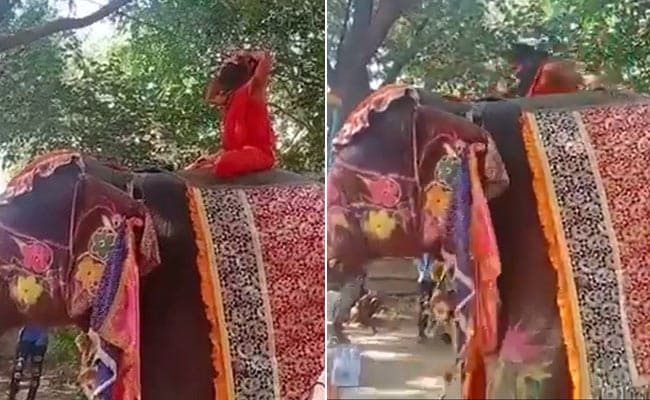 Yoga guru Ramdev fell off an elephant while performing yoga.

A video showing yoga guru Ramdev falling off an elephant while performing yoga is viral on social media. It was reportedly filmed at an ashram in Mathura in Uttar Pradesh while Ramdev was teaching yoga to a group of people.

In the 22-second video, Ramdev is seen sitting on top of an elephant and performing yoga asanas at the Raman Reti Ashram. Few seconds later, a sudden lurch from the animal upsets his balance and sends him falling to the ground amid shocked exclamations from onlookers. He gets up immediately, laughing, and dusts himself off before moving away from the elephant.

And here is Baba Ramdev performing yoga on Elephant in UP.. Visuals says it all... #Ramdevpic.twitter.com/dCqtvWOqTE

The video has been widely shared on social media, collecting several reactions ranging from shocked to amused. Many pointed to a similar incident in August, when Ramdev fell off a cycle while riding in the rain.

Why was Baba Ramdev doing yoga on top of an elephant????

Ram Kisan Yadav, popularly called "Baba Ramdev", has been organising large yoga camps since 2002. A popular television personality, he has set up several trusts, gurukuls and foundations, and conducts yoga camps and classes throughout the world.