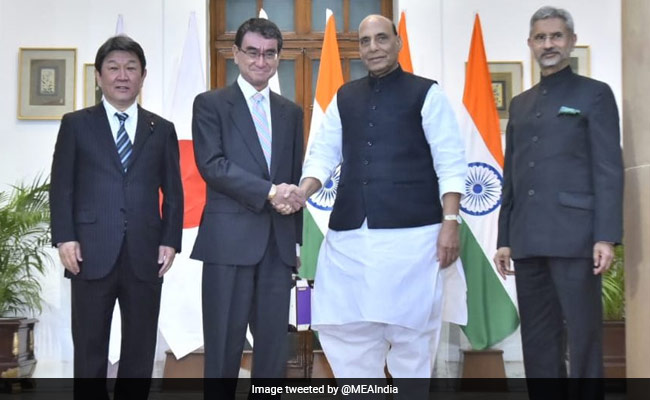 Rajnath Singh and S Jaishankar with their Japanese counterparts.

India and Japan on Saturday held their inaugural foreign and defence ministerial dialogue to boost special strategic partnership, particularly in the maritime domain.

The talks under the new framework are taking place following a decision taken by Prime Minister Narendra Modi and his Japanese counterpart Shinzo Abe during the 13th India-Japan annual summit last year.

The two leaders decided to institute the new mechanism for further deepening bilateral security and defence cooperation and bring greater depth to the special strategic and global partnership between the two countries.

In the talks, the two sides exchanged views on the situation in the Indo-Pacific region and resolved to work for achieving shared objective of peace, prosperity and progress in the region.