Rahul Gandhi met seven students from across the country at a Chinese restaurant in New Delhi. 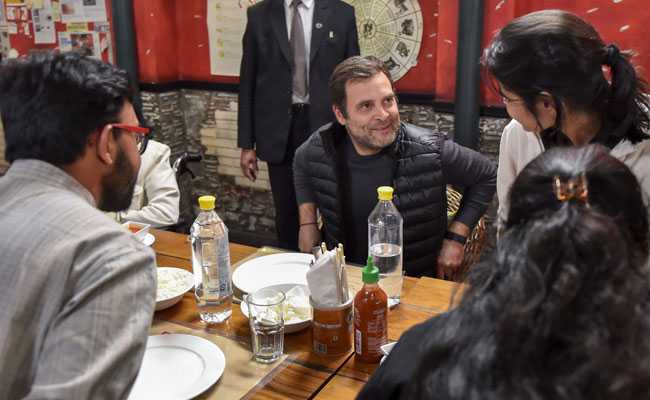 "Rahul Gandhi is such a friendly and humble person," a student said after the interaction.

Seven students from across the country had a "surprise" dinner interaction with Congress president Rahul Gandhi in Delhi on Friday. Over Chinese food, they shared ideas about improving lives and the leader promised that some of them may be included in the party manifesto.

From bringing out Congress manifesto in Braille, setting up gender-neutral toilets to steps for removing inequalities in education system and caste discrimination in society, the conversation touched diverse issues as the youngsters opened up to a "warm and affable" Rahul Gandhi.

The group of students was the first to interact with Rahul Gandhi under his "Apni Baat Rahul ke saath" outreach programme.

"He is not an 'I know everything' kind of person and he was open to a conversation and discussion in trying to understand things," Deveshwar, a student said. 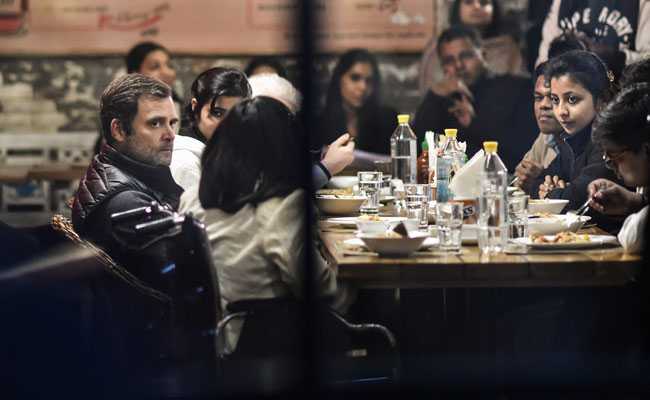 Students who interacted with Rahul Gandhi were delighted by his humility and friendly nature.

"Such a friendly humble person, he was actually serving me from his plate. You do not expect such things from a person of this stature. It really breaks the ice between the big politicians and the ''aam aadmi''," another student said.

Abhilash Karri, an IIT student from Mumbai, recalls how surprised they were when they saw a beaming Rahul Gandhi walking into the dining area of an upmarket Chinese food joint in Delhi, late Friday evening. The students had been told that will interact with the Congress party, but not that it will be the party president himself.

The meeting was informally structured with Rahul Gandhi hearing the new age voters on their priorities for themselves and their countrymen.

Among the invitees was an LGBTQ rights activist who suggested gender neutral toilets for the transgenders.