Lord Jagannath rath yatra: A non-profit in its petition said the annual rath yatra in Odisha's Puri will draw some 10 lakh people, putting them at risk amid the coronavirus pandemic 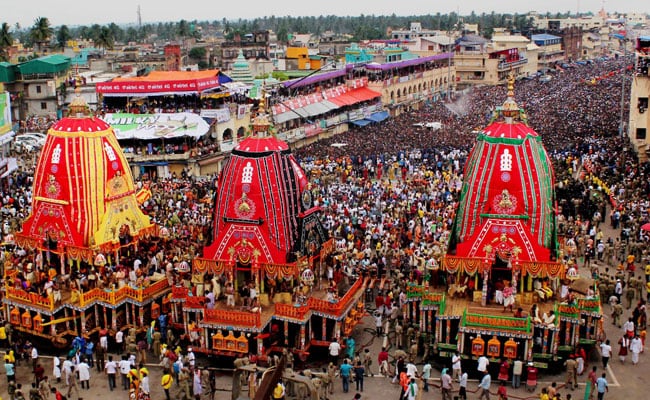 The Lord Jagannath rath yatra and activities connected to it will not be allowed this year due to the coronavirus pandemic, the Supreme Court said today. "Lord Jagannath will not forgive us if we allowed the rath yatra," Chief Justice of India SA Bobde said while hearing a petition seeking to defer the rath yatra in Odisha's Puri which is scheduled to start on June 23.

"Such gatherings can't take place at the time of the pandemic," the Supreme Court said, referring to the advice by health professionals to maintain social distancing as the highly infectious coronavirus can spread via respiratory droplets and surface contact. The risk increases manifold in a crowded environment.

The court said it cannot allow the rath yatra this year "in the interest of public health and safety of citizens".

A non-profit, Odisha Vikas Parishad, in its petition said the annual rath yatra in the coastal district in Odisha will draw some 10 lakh people and the religious event goes on for 10-12 days.

The rath yatra amid the COVID-19 pandemic "will be an invitation to infect lakhs of devotees", the petition said, adding the Odisha government has also not allowed religious places to open before June 30.

The centre had been cautious in allowing religious places to remain open during the initial stages of the lockdown that was first enforced in late March, when it became apparent that flattening the curve of rising coronavirus cases was more important than any other activity.

As the lockdown was extended multiple times, some states allowed religious places to reopen with limited crowd and strict safety and social distancing guidelines.