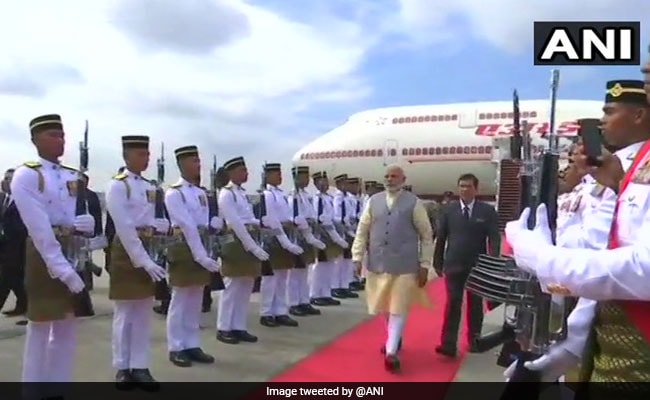 Kuala Lumpur: Prime Minister Narendra Modi today arrived in Malaysia after a two-day visit to Indonesia. He will meet his newly-elected Malaysian counterpart Mahathir Mohammad in Kuala Lumpur this morning.

Mahathir Mohammad, 92, was sworn in as Malaysia's prime minister on May 10 after leading the opposition alliance to a stunning election victory over the Barisan Nasional coalition, which had ruled Malaysia since 1957.

PM Modi and Prime Minister Mahathir are expected to discuss ways to deepen the India-Malaysia bilateral relationship in a range of areas, including trade and investment.

PM Modi had announced in New Delhi that on his way to Singapore, he will make a brief halt in Malaysia to meet Prime Minister Mahathir and congratulate the new Malaysian leadership.

From Kuala Lumpur, Prime Minister Modi will leave for Singapore where he will deliver a keynote address at the Shangri-La Dialogue, an annual security meet, tomorrow.

Promoted
Listen to the latest songs, only on JioSaavn.com
During his first-ever official visit to Indonesia, PM Modi held "productive discussions" with Indonesian President Joko Widodo. The two countries elevated their bilateral ties to Comprehensive Strategic Partnership and condemned terrorism in all its forms, including cross-border terror.

India and Indonesia also signed 15 agreements, including one to boost defence cooperation and called for freedom of navigation in the strategic Indo-Pacific region.