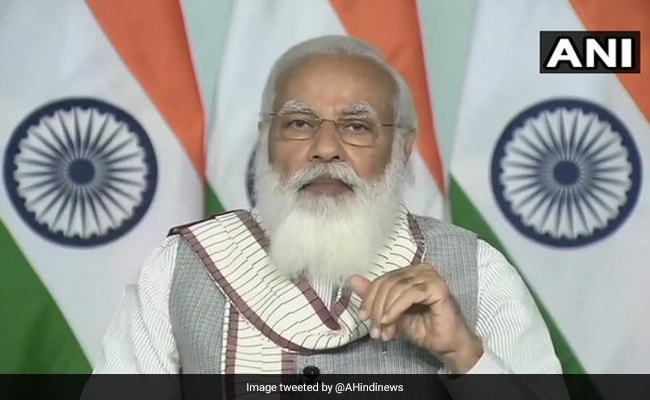 He also invoked poet-saint Sant Ravidas, a day after the nation remembered him on his anniversary. In the radio address, PM Modi also talked about making India self-reliant or "Atmanirbhar". "When people feel proud of indigenous products then Aatmanirbhar Bharat does not just remain economic programme but becomes national spirit," the Prime Minister said.

Here are the highlights of PM Modi's Mann ki Baat:

He is doing something unique. #MannKiBaatpic.twitter.com/KsY7iT5hXC

Feb 28, 2021 11:42 (IST)
Mann Ki Baat- PM Modi Wishes Students "Good Luck" Ahead Of Exams
"I have updated the #ExamWarriors book. New Mantras have been added and there are interesting activities too": Prime Minister during his monthly radio address.
Feb 28, 2021 11:41 (IST)

He is doing something unique. #MannKiBaatpic.twitter.com/KsY7iT5hXC