Parliament Budget Session: The Budget session of parliament started on January 31 with the President Ram Nath Kovind's address to the joint sitting of both the houses of parliament

Both Houses are set to initiate discussion on ''motion of thanks'' to President's address.

The Congress and some other opposition parties are set to give adjournment notices in the Lok Sabha, news agency PTI reported quoting sources.

The Budget session of parliament started on January 31 with the President Ram Nath Kovind's address to the joint sitting of both the houses of parliament and the presentation on Union Budget on February 1.

Both the Houses are set to initiate the discussion on the ''motion of thanks'' to the President's address starting Monday.

Here are the live updates of budget session of parliament:

Feb 03, 2020 14:26 (IST)
Rajya Sabha Disrupted Amid Ruckus
Rajya Sabha proceedings were on Monday adjourned for the second time till 2 pm after unrelenting opposition members sought a debate on the issue of NPR and the amended citizenship law, news agency PTI reported. As soon as the Upper House reassembled at noon, members
of the Congress, Trinamool Congress (TMC) and Bahujan Samajwadi Party (BSP) were up on their feet demanding an immediate discussion on the Citizenship Amendment Act (CAA),
National Population Register (NPR) and the National Register
of Citizens (NRC).
Feb 03, 2020 14:22 (IST)
Citizenship Amendment Act: Congress's Adhir Ranjan Chowdury Attacks Government
The Lok Sabha was adjourned this afternoon following disruptions by members of Opposition parties including Congress with its leader Adhir Ranjan Chowdury alleging that bullets had been used against those protesting against the Citizenship Amendment Act (CAA), news agency ANI reported.
Mr Chowdhury said the government cannot silence the voice of people and alleged that those responsible for using bullets against people were "fake Hindus and not real Hindus".
He spoke briefly during the Zero Hour after Speaker Om Birla gave him permission following continuous slogan-shouting by Congress and some other members from the well of the House against CAA.
Feb 03, 2020 14:20 (IST)
Parliament Budget Session: Opposition Attacks BJP Over CAA, NRC
The opposition on Monday attacked the government over the CAA, NPR and NRC, alleging that their efforts to raise these issues in Parliament were being scuttled in an undemocratic manner, news agency PTI reported.
Senior Congress spokesperson Anand Sharma also hit out at Uttar Pradesh Chief Minister Yogi Adityanath for making statements, which he alleged were inciting people to indulge in violence.
"Ministers have made statements which are provocative, incendiary and abusive. Yesterday in Delhi, CM of UP has made statements which are unacceptable...talking of shooting people, talking about sending people to parlok (hell)," he said and demanded an apology from the Bharatiya Janata Party (BJP) and Prime Minister Narendra Modi for it.
Feb 03, 2020 13:40 (IST)
Parliament Budget Session: BJP MP Parvesh Varma Speaks In Parliament
As BJP MP Parvesh Varma, accused of hate speech, began speaking in parliament, opposition staged a walkout this afternoon. 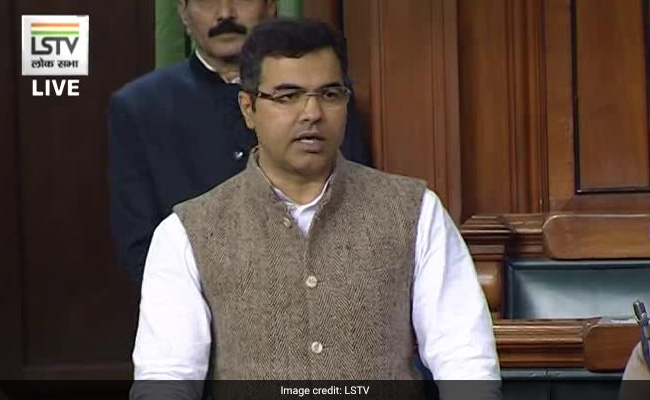