The board had rejected her exam form as she had passed the tenth standard from Pakistan. 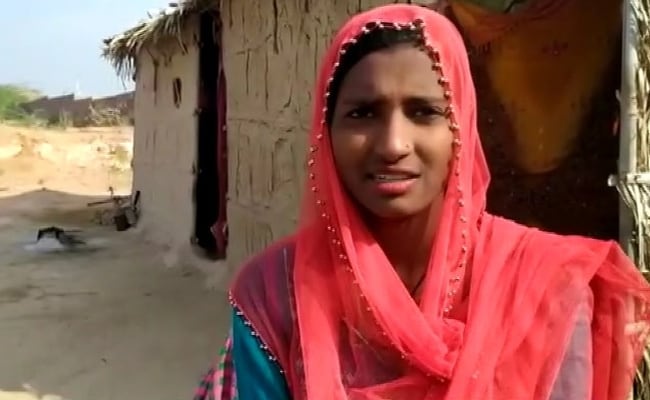 Dami Kohli, who came to India few years ago, completed her 10th from Pakistan. (ANI)

Dami Kohli, a Pakistani Hindu refugee, was allegedly asked by Rajasthan Board of Secondary Education to provide eligibility certificate to appear for board examination of 12th standard scheduled later this year.

However, State Education Minister Govind Singh Dotasara has said that the girl will be allowed to appear in the examination even if the government has to change rules.

Dami, who came to India from Sindh in Pakistan a few years ago fleeing religious persecution, completed her 10th from Pakistan.

She is living in Aanganwa refugee camp, around 20 km from Jodhpur, and got admission in a local school in the science stream in the 11th standard.

"I took admission in the school in 2018. I studied there for the whole year and passed the 11th standard. I have my mark-sheet also. Only one month are left for board exams and the school has given me a notice stating that I will not be allowed to appear for the examination," she said.

"I have given all the proofs. I should also get the right to education," she added.

Dotasara said a letter has been written to the Pakistani embassy seeking details of their syllabus.

"She completed X from Pakistani board and now wants to appear for 12th board exams in Rajasthan. We have written a letter to the Pakistani embassy seeking information about their syllabus. We are comparing our syllabus with theirs," he said.

The board had rejected her exam form as she had passed the tenth standard from Pakistan.

The Congress government in 2011 had issued a circular in favour of such students due to their special circumstances.

Dami Kohli's father said that her daughter got a notice from school which stated that she will not be allowed to give board exams.

Hindu Singh Sodha, convenor, Seemant Lok Sangathan, said that Dami Kohli had migrated with her family from Sindh due to religious persecution there.

"She had completed her 10th exam there. She has also had a transfer certificate. She had done all the formalities which were required. I am really shocked to see that Board has returned her form and with certain objection... I don''t what kind of formalities they need," he said.