Dalai Lama's name was trending on Twitter, where the journalist was severely criticised for his views. 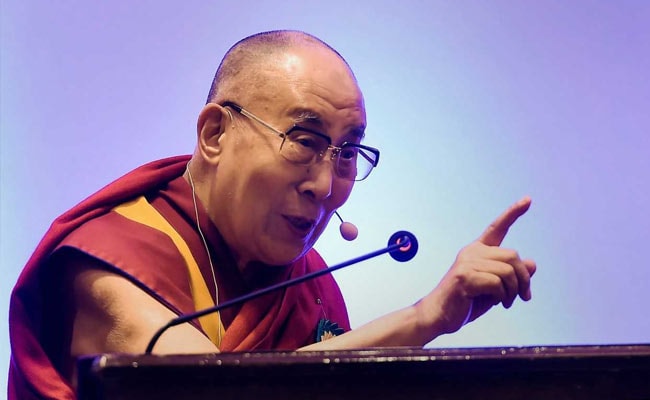 A tweet by a senior Pakistani journalist in which he likened Tibetan leader Dalai Lama with terrorist Masood Azhar has triggered a storm on Twitter, with users slamming him for the remark. Referring to China blocking India and other nations from listing Masood as a global terrorist, the journalist retweeted a decade old news article whose headline described the Tibetan leader as a "terrorist".

"It's very easy to understand why China blocked resolution against Masood Azhar in UNSC? India sheltering an enemy of China since decades and his name is Dalai Lama," Hamid Mir tweeted.

After the 1959 Tibetan uprising against Chinese rule, the Dalai Lama fled his country and took refuge in India. He has lived here ever since. He is a popular Buddhist spiritual leader and has been honoured by various countries across the world. In 1989, he was awarded the Nobel Peace Prize.

It's very easy to understand why China blocked resolution against Masood Azhar in UNSC?India sheltering an enemy of China since decades and his name is Dalai Lama https://t.co/Pc3BnbaO2Z

A hashtag bearing Dalai Lama's name was trending on Twitter, where the journalist was severely criticised for his views.

Comparing a nonviolent peace award winner #DalaiLama with a terrorist #MasoodAzhar !!! Now we know why Pakistan is a Begger Nation. Go baba beg for some money from China & Saudi.

Since You've fostered #DalaiLama we'll fester #MasoodAzhar is the Level of Intelligence You need to Be A Nation.

A REAL GEM! One have to accept this from the #Pakistani journalists.
They can claim to be sovereign and true, but they can't hide from their paymasters.
This @HamidMirPAK is a Paki journalist and he likens a global terrorist #HafizSaeed to a Noble laureate #DalaiLama . Waah! https://t.co/FJZ7V3JtRA

With all due respect, can you really call yourself a journalist?
It doesn't matter what u think and know of #MasoodAzhar or #Dalailama
But who, in their right frame of mind would compare those two?
And over that, m shocked to see number of your followers.
Have some common decency

-@HamidMirPAK you are comparing a Nobel Prize winner #DalaiLama with #MasoodAzhar. The reason u gave for #China's decision not to declare Masood a global terrorists is laughable. Grow up!#Pakistan#ChinaBacksTerror#ChinaSupportsTerrorism#ChinaShieldsMasoodpic.twitter.com/rIdAtfQARp

Can anyone compare #DalaiLama with Masood Azhar, world community specially #Pakistan is doing that to tell the reason why #China opposed designating #MasoodAzhar as global terrorist at #UNSC .They claim #India sheltering Dalai Lama is against the interest of #China .

China, for the fourth time, blocked an initiative to tag Jaish-e Mohammad chief Masood Azhar as a "global terrorist" by the United Nations Security Council on Wednesday. The move by Beijing - which considers Pakistan an "all-weather ally" - came as the Security Council was to take up a resolution on the matter, days after the February 14 Jaish attack in Jammu and Kashmir's Pulwama in which 40 soldiers died.

The resolution, say sources, was backed by an unprecedented number of countries -- the figure, sources said, went into "double digits". India said it was "disappointed by this outcome".

"We are disappointed by this outcome. This has prevented action by the international community to designate the leader of Jaish-e-Mohammed (JeM), a proscribed and active terrorist organization which has claimed responsibility for the terrorist attack in Jammu and Kashmir on 14 February 2019," the External Affairs Ministry said.