According to sources, the investigative agency has registered a fresh case against Karti Chidambaram, over alleged foreign remittances between 2010-14. 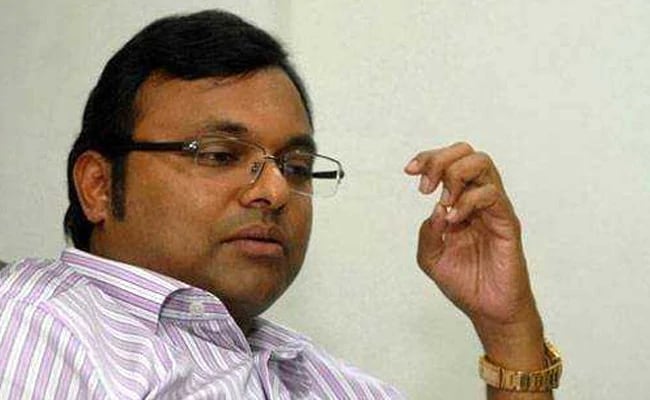 Karti Chidambaram is being investigated in a new case over alleged foreign remittance. (File photo)

Congress leader Karti Chidambaram, being investigated in a new case over alleged bribery, today tweeted to say that he has "lost count" of the number of cases filed against him.

Mr Chidambaram made the comments shortly after Central Bureau of Investigation (CBI) conducted searches at multiple residential and official premises linked to him today.

"I have lost count, how many times has it been? Must be a record," he said in a cryptic Tweet.

The searches are reportedly being conducted at around seven premises linked to Karti Chidambaram, his associate Bhaskaraman and others.

The searches are being conducted across Delhi, Mumbai, Chennai and Tamil Nadu's Sivaganga, from where Karti Chidambaram has been elected to the Lok Sabha.

I have lost count, how many times has it been? Must be a record.

In the new case which is off shoot of an ongoing probe, the CBI has alleged that Karti Chidambaram had received Rs 50 lakh alleged bribe to facilitate visa of 250 Chinese nationals during the UPA regime, the officials said.

Karti Chidambaram is being probed in cases registered by the CBI, including the case lodged on May 15, 2017 over irregularities in a Foreign Investment Promotion Board (FIPB) clearance granted to INX Media group for receiving overseas funds of Rs 305 crore in 2007 during P Chidambaram's tenure as the Union Finance Minister.

Thereafter, the Enforcement Directorate had also lodged a money laundering case. The economic offences watchdog had registered a PMLA (Prevention of Money Laundering Act) case based on FIR by the CBI and alleged that irregularities took place in the FIPB clearance to INX media.