Over 5 Million People Internally Displaced In India In 2019: UN

The 'Lost at Home'' report, published by the UN Children's Fund (UNICEF), said that almost 33 million new displacements were recorded in 2019. 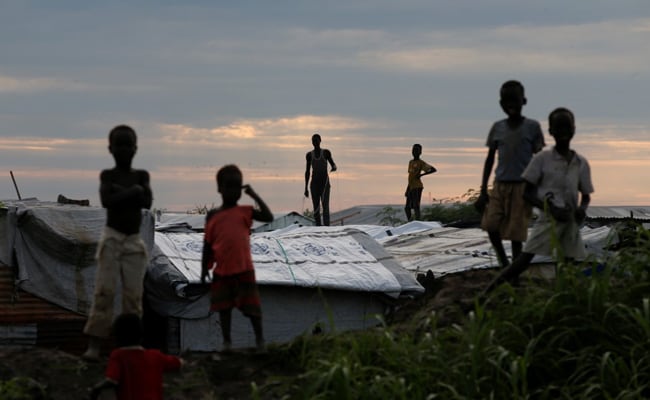 More than five million people were internally displaced in India due to natural disasters, conflict and violence in 2019, constituting the highest number of new internal displacements in the world during the period followed by the Philippines, Bangladesh and China, according to a UN report.

The 'Lost at Home'' report, published by the UN Children's Fund (UNICEF), said that almost 33 million new displacements were recorded in 2019 - around 25 million were due to natural disasters and 8.5 million as consequence of conflict and violence.

Of these, there were 12 million new displacements involving children, including around 3.8 million of them caused by conflict and violence, and 8.2 million due to disasters linked mostly to weather-related events.

The report said that natural disasters resulted in more new displacements than conflict and violence. Almost 10 million new displacements in 2019 were recorded in East Asia and the Pacific (39 per cent) - and almost the same number in South Asia (9.5 million).

"India, the Philippines, Bangladesh and China all suffered from natural disasters leading to displacement in the millions, which accounted for 69 per cent of global disaster-induced displacements. These were overwhelmingly caused by extreme conditions created by dangerous storms and floods," the report said, adding that globally, around 8.2 million disaster-related displacements are estimated to have been related to children.

The Philippines accounted for 4.27 million new internal displacements due to natural disasters, conflict and violence, Bangladesh 4.08 million and China 4.03 million.

The report added that today, more children than ever before are displaced within their own countries. At the end of 2019, an estimated total of 46 million people were internally displaced by conflict and violence.

"About 19 million children were displaced within their own countries due to conflict and violence in 2019, more than in any other year, making them among the most vulnerable to the global spread of COVID-19," the report said.

The UN agency said the COVID-19 pandemic is only making a critical situation worse.

"Forced out of their homes and communities, these children are among the most vulnerable in the world. The ongoing COVID-19 pandemic stands to bring even more harm and uncertainty to their lives," it said.

Camps or informal settlements are often overcrowded, and lack adequate hygiene and health services. Physical distancing is often not possible, creating conditions that are highly conducive to the spread of the disease, the report said.

"It is essential that governments and humanitarian partners work together to keep them safe, healthy, learning and protected," she said.

The report looks at the risks internally displaced children face -- child labour, child marriage, trafficking among them -- and the actions urgently needed to protect them.

It calls for strategic investments and a united effort by governments, civil society, companies, humanitarian actors and children themselves to address the child-specific drivers of displacement, in particular, violence, exploitation and abuse.

It also calls on Governments convening under the High-Level Panel on Internal Displacement, established by Secretary-General Antnio Guterres, to invest in actions that will provide protection and equitable access to services for all internally displaced children and their families.

Better, timely and accessible data -- disaggregated by age and gender -- is also critical to delivering on this agenda, the report says.

"Internally displaced children and youth themselves must have a seat at the table," it said.

The MENA region recorded over 12 million IDPs as a result of conflict and violence at the end of 2019. Almost all of them lived in just three countries - Syria, Yemen, and Iraq - and around 5 million were children.

Sub-Saharan Africa is home to another 19 million IDPs due to conflict and violence. Around 4 out of 10 internally displaced persons live in the region, half being children.

One in four of all internally displaced persons due to conflict and violence in 2019 - 6.5 million people - were living in the Syrian Arab Republic alone.

This includes 2.4 million children. Together with the Democratic Republic of the Congo (2.9 million) and Yemen (1.7 million), these three countries account for one in three (36 per cent) of all children internally displaced due to conflict and violence, it said.