The Indian Coast Guard said a "silvery oil sheen" of 50 metres in width was spotted and all precautions are being taken. 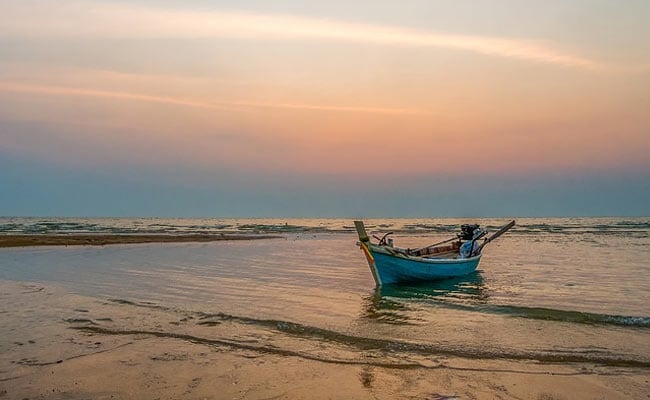 Oil leak was spotted on Saturday around the barge "Gal Constructor'' which had run aground during cyclone Tauktae off the Palghar coast in Maharashtra, officials said.

The Indian Coast Guard said a "silvery oil sheen" of 50 metres in width was spotted and all precautions are being taken.

The spill had not reached the shore, it added.

As many as 137 people had been rescued from the barge after the cyclone hit it on May 17.

"Officials from the Maharashtra Maritime Board as well as Coast Guard personnel are on the spot, trying to plug the leak as and when the tide allows," Mr Kadam said.

The Coast Guard said in a statement that Gal Constructor was carrying approximately 78 kilo litres of High Flash High Speed Diesel (HFHSD) but had no crude oil on board, and no breach of oil tank was reported.

The barge had been deployed by contractor firm Afcons on behalf of state-run ONGC to service its oil and gas fields near the Mumbai coast.

The company arranged Seacare which has laid a boom of 400 metres around the barge while two fuel barges have been hired for the removal of oil, the Coast Guard said.

"No oil spill has been reported on shore as of now," the release added.

The situation was being closely monitored and the district administration is on alert in case oil reaches the shore and clean-up is required, it said.