Now, Rahul Gandhi's Pujo Outreach In Bengal Ahead of 2019 Polls

Durga Puja in West Bengal begins on 16 October. On the 17th, one puja pandal in Kolkata will have a VIP visitor -- Congress president Rahul Gandhi. He will do what all Bengalis do on that day -- offer "Anjali" or floral tributes to the Goddess Durga. Anjali on Ashtami or the second and main day of Durga Puja is believed to be the most propitious.

While the Congress is yet to announce the visit, its new Bengal chief Somen Mitra has confirmed it. At first, he named the Santosh Mitra Square puja pandal.

Another venue seems to have overtaken that now. Rahul Gandhi is expected at the famed College Square Durga Puja.

While the party's leaders in Kolkata call the visit a gesture -- Rahul Gandhi has never seen Durga Puja in Kolkata, they say -- many are viewing it along with his string of temple visits and the Kailash-Mansarover pilgrimage. The ruling BJP has repeatedly criticised Rahul Gandhi, accusing him of attempting soft-Hindutva with his temple run in the months leading up to state and national polls.

Even last week, he was in Madhya Pradesh -- where polls will be held in the year-end -- visiting temples. Before the December Gujarat polls, he had visited Shiva temples. 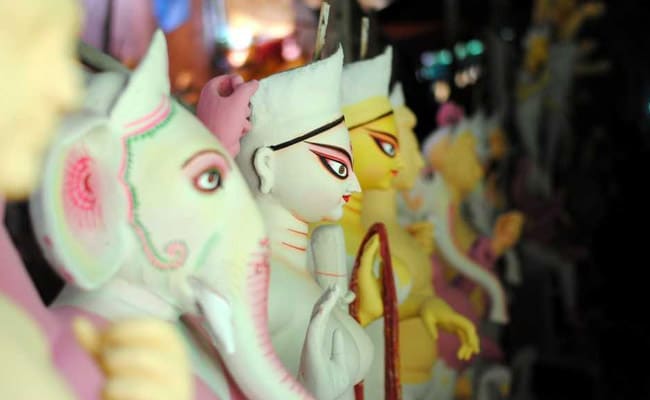 Anjali on Ashtami or the second and main day of Durga Puja is believed to be the most propitious.

In Bengal, where the BJP is seen to be making in-roads and emerging as the main opposition even though the Congress has more lawmakers, a big fight is on for the number two position.

Even Chief Minister Mamata Banerjee's Trinamool party is constantly flaunting its Hindu credentials, especially since she has been accused in the past of minority appeasement.

Even yesterday, a day after the chief minister returned for a 10-day foreign tour, party MP Derek O'Brien tweeted in Bengali and English a clip of Ms Banerjee reciting mantras chanted during Durga Puja.

Here is a short video which will put you in the mood for #DurgaPujapic.twitter.com/ESF7k1LL84

There are political shades that will be read during the Rahul Gandhi visit. Who he will eventually join hands with in Bengal and nationally, to take on the BJP in 2019.

Both the Trinamool and the CPM are options. The difference is CPM does not have a rival prime minister candidate.  The Trinamool does -- Mamata Banerjee.