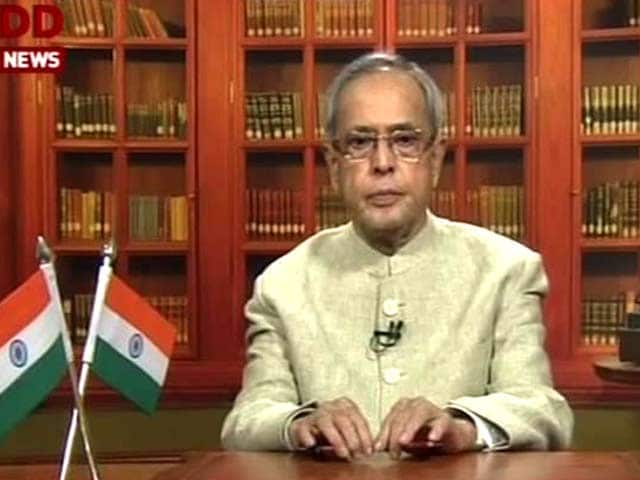 New Delhi: In comments that could ignite a political controversy, President Pranab Mukherjee has told a Swedish daily that it is yet to be established that the Bofors gun deal was a "scandal."

"First of all - it is yet to be to be established that there was a scandal. No Indian court has established it," Mr Mukherjee told the Swedish daily Dagens Nyhetter. Its editor-in-chief Peter Wolodarski took the interview at the Rashtrapati Bhawan last week ahead of the President's state visit to Sweden.

The Bofors case dates back to 1986 when Swiss arms manufacturer Bofors landed a Rs. 1,500 crore contract to supply Howitzer guns to India at a time the Congress was in power. The Swedish media reported that the company had paid massive kickbacks to Indian politicians and defence officials. The case cost then prime minister Rajiv Gandhi the general election in 1989 and dogged the Congress for decades.

Mr Mukherjee has been finance minister and defence minister in Congress-led governments and was the party's chief troubleshooter before he became president in 2012.

"I was the defence minister of the country long after Bofors, and all my generals certified that this is one of the best guns we are having. Till today, Indian army is using it. The so-called scandal which you talk of, yes, in the media, it was there. There was a media trial. But I'm afraid, let us not be too much carried by publicity," Mr Mukherjee said in the interview.

Asked whether he believed the Bofors case was just a media scandal, he said, "I do not know. I'm not describing it, you're putting that word. Don't put that word. What I am saying is that in media it was publicised. But up to now, no Indian court has given any decisive verdict about the alleged scandal."

Promoted
Listen to the latest songs, only on JioSaavn.com
As the interview generated a buzz, Prime Minister Narendra Modi met the President on the occasion of his government's one year in power.

The ruling BJP has refused to comment. "I will not comment on the President's statement," party president Amit Shah said at a press conference.

President's Address On Eve Of Republic Day 2021: Where To Watch, Time