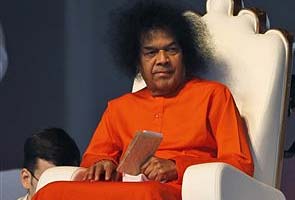 Puttaparthi: With questions being raised over its activities, the Sri Sathya Sai Central Trust today said the over Rs 35 lakh seized recently was money given by a devotee for a consultant tasked with the construction of a memorial for Sai Baba.

Refuting any wrongdoings, it said financial transparency is being strictly followed while running the body.

Trustee V Srinivasan, addressing a press conference here, said the trust has filed all statutory returns and donations received from devotees have been duly deposited to banks in a transparent manner.

He said the trust has already paid Rs 9.75 crore as income tax without any demand by the concerned authorities and decided to pay necessary tax on all its inventories.

On the seizure of over Rs 35 lakh in cash from a vehicle in Puttaparthi town, he said the trust had appointed a consultant for construction of a "Maha Samadhi" as a memorial for Sathya Sai Baba and the amount offered by a devotee was handed over to the consultant for the project.

"The trust has no connection with it. The cash was not recovered from any trustee. The vehicle from which the money was recovered does not belong to the trust," Srinivasan said.

He said the consultant has already explained to the police that the money was given for the Maha Samadhi project.

"Since the trust is not going to implement the project, the money was handed over to the project consultant.

Promoted
Listen to the latest songs, only on JioSaavn.com
All information sought by police are being given," he said.