Nirbhaya's parents have expressed disappointment over the repeated delay in executing the four convicts. 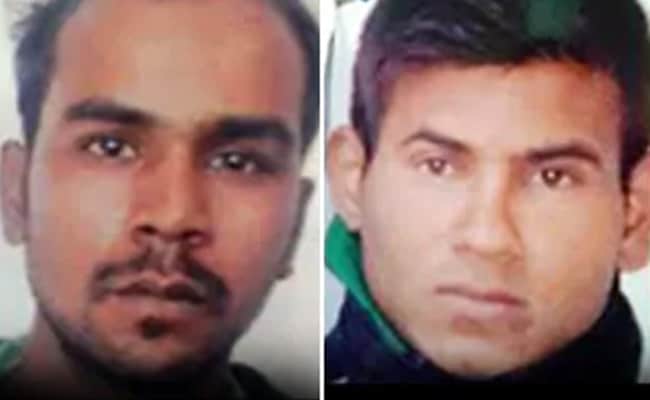 Nirbhaya Case: Vinay Sharma was to be hanged on February 1.

Even as the Supreme Court prepares to hear a curative petition filed by one of the convicts in the Nirbhaya rape case on Thursday, another person found guilty of the brutal crime has now filed a mercy petition before President Ram Nath Kovind.

Convict Vinay Sharma's lawyer, AP Singh, confirmed the development and said that his client "died several times in prison" while judicial proceedings were on.

"I am submitting this mercy petition with the hope that your good self will listen to my story when nobody did. This is the last chance I have to tell how the terrible circumstances of that fateful day in December 2012 changed my life forever... I want to tell you all this, so that you can decide whether death is the only punishment I deserve," news agency PTI quoted Vinay Sharma as stating in the petition.

The 26-year-old was supposed to be executed along with three others -- Mukesh Singh, Akshay Singh and Pawan Gupta -- on Saturday. However, with Akshay Singh challenging the decision in the Supreme Court, the date is now expected to be further delayed.

Akshay Singh's curative petition will be heard by the judges in their chambers, and not in open court. Even if the plea is rejected, he will then have the option of sending a mercy petition to President Kovind.

The four were originally scheduled to be hanged on January 22, but appeals from the convicts ended up delaying the exercise.

The Nirbhaya case pertains to the shocking gangrape and murder of a medical student in the national capital in 2012. While one of the convicts died in prison and another was eventually let off on account of being a juvenile, the remaining four were sentenced to death. The last-minute petitions have been widely seen as desperate attempts by the convicts to stall their impending executions. The delay has been criticised by many, including the victim's parents.

"These petitions before the court and the President are just tactics to delay the execution. They are doing it just to waste time. All the convicts must be executed on February 1," Asha Devi, the mother of the victim, said when another convict approached the top court a few days ago.

Last week, the Union government had asked the Supreme Court to change guidelines related to death row cases so that convicts can't keep delaying the sentence by exploiting legal options. The current rules are skewed towards convicts and allows them to "play with the law and delay their execution", it said in a petition.