Another Photo Of Omar Abdullah, In Detention Since August 5, Surfaces 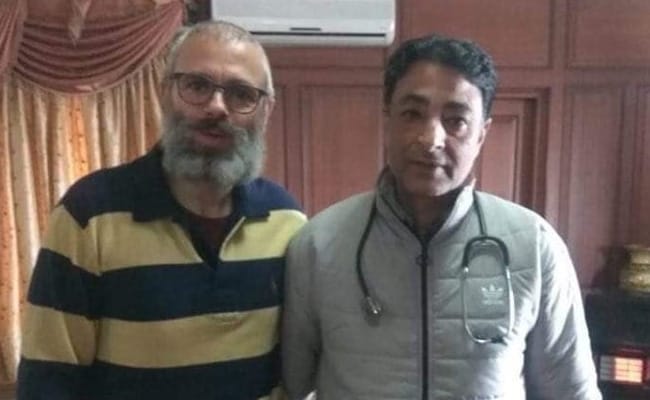 Omar Abdullah has reportedly refused to shave his beard in detention as a mark of protest.

The photo clicked in a room shows Omar Abdullah sporting a long beard and he is seen standing with a doctor apparently.

The National Conference leader, who has been in detention at Hari Nivas since August 5, 2019 when Article 370 was scrapped, has not shaved since.

This is the third photo of Omar that has surfaced since his detention.

In January 2020, Omar Abdullah's photograph wearing a woollen cap and sporting a long white beard surfaced on social media and went viral. He was seen smiling with snow in the backdrop.

In October 2019, a different photo of Omar had surfaced, in which he was sporting a shorter beard.

Sources close to Mr Abdullah say he has refused to shave his beard in detention as a mark of protest.

Three former J&K Chief Ministers have been in detention in the valley since August 5. Omar Abdullah's father Farooq has been kept at his Gupkar Road residence in Srinagar.

PDP chief Mehbooba Mufti too has been detained in a government building on M.A. Road.