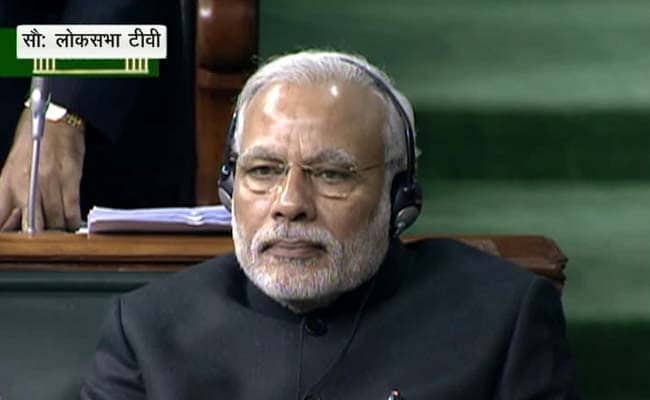 The Opposition again demanded a statement from PM Modi in Rajya Sabha over the issue of conversions.

New Delhi: A united opposition today said the government is following "an unacceptable agenda" of trying to convert Muslims and Christians to Hinduism. In the Rajya Sabha or Upper House, which was paralysed all of last week over the controversy, opposition leaders again demanded a statement from the Prime Minister.

"You don't need a 56-inch chest to come here, you just need a four-inch heart to come here," said Trinamool leader Derek O'Brien, referencing the PM's famous campaign line about the country's need for a leader with a big, strong chest.

The government is in a minority in the Rajya Sabha. This session of Parliament ends on Tuesday and the stalling over conversions has meant that the government has not been able to push through important reforms.

Over the weekend, Mohan Bhagwat, chief of the right-wing Rashtriya Swayamsewak Sangh, which is also the ideological wing of the ruling BJP, said that India is a "Hindu nation" where many Hindus had been forcibly converted to other religions.

"We will bring back those who have lost their way. They did not go on their own," Mr Bhagwat said in a speech late on Saturday. "They were lured into leaving."

His comments came after the BJP said it did not support forced religious conversions and called for an anti-conversion law. (No Conflict Between RSS and BJP Over Conversion Issue, Says Venkaiah Naidu)

The PM has been under fire for being slow to rein in hardline affiliate groups that have been accused of promoting a Hindu-dominant agenda that includes luring Muslims and Christians to convert to Hinduism.

Supporters define such events as a "ghar wapasi" or "homecoming", saying that families signing up for the ceremonies were originally Hindus.

"We don't want to convert anybody... but then Hindus should also not be converted," Mr Bhagwat said, adding that those who do not support religious conversions should bring in a law against it.

Promoted
Listen to the latest songs, only on JioSaavn.com
Although the PM has privately warned lawmakers in his party to back off from controversial issues such as the conversion campaign, he has so far not made any official statement on the subject, leaving it to colleagues to fend off criticism.

Outside Parliament today, senior minister Venkaiah Naidu said, "Ghar Wapasi is not a government agenda. Maybe some Hindu organisation is doing it. Or maybe some Muslim organization is talking about it. Our agenda is development agenda." His statement came after the Congress' Mallikarjun Kharge alleged in the Lok Sabha that the "government is indirectly supporting ghar wapasi."
Comments
ConversionsReligious conversionsAgra conversionsRSSRSS chiefMohan BhagwatPM ModiParliamentWinter session