Latest updates on Mumbai Rain: The weather office has predicted moderate to heavy rain in the cityand its suburbs over the next 24 hours.

Mumbai Rain Today: There is a possibility of very heavy showers at isolated places.

Mumbai is witnessing heavy rain since last night, with parts of the city waterlogged and traffic movement affected. The India Meteorological Department (IMD) has predicted moderate to heavy rain in the city and its suburbs over the next 24 hours, with a possibility of very heavy showers at isolated places.

Here are the Highlights on Mumbai rain:

Get NDTV UpdatesTurn on notifications to receive alerts as this story develops.
Jul 05, 2022 19:41 (IST)
Maharashtra rain: Over 3,500 persons shifted to safety, says Eknath Shinde
Maharashtra Chief Minister Eknath Shinde reviewed the rain situation on Tuesday and said over 3,500 persons had been shifted to safer places from flood prone and vulnerable spots across the state.
He was speaking to the media after reviewing the rain situation during a visit to the Brihanmumbai Municipal Corporation's disaster control room in the metropolis.
The state has been witnessing heavy rains since Monday, with waterlogging reported from urban areas, including Mumbai, and the level of some rivers rising rapidly.

During his visit to the BMC headquarters a day after winning the floor test in the Assembly, Shinde told reporters he had spoken to the collectors of Raigad, Ratnagiri and some other districts for which the India Meteorological Department had issued 'red' and 'orange' alerts predicting very heavy to extremely heavy rainfall.

Authorities have been directed to shift people from spots that are vulnerable to landslides so as to avoid loss of lives, the CM said.
Jul 05, 2022 16:33 (IST)
Mumbai rain: North-west suburbs affected, four subways shut for traffic
Four arterial subways in the north-west part of Mumbai had to be closed for traffic on Tuesday due to heavy rains since the early hours of the day, officials said.
These subways, namely Golibar, Milan, Andheri and Malad connect the east and west stretches of the north-western suburbs, which are otherwise divided by Western Railway tracks.
"Motorists have been diverted to alternate routes due to the closure of these four subways at present. Rains have caused traffic snarls in several places, leading to vehicles moving at snail's pace or getting stalled for long periods," a traffic police official said.
Jul 05, 2022 14:59 (IST)
Mumbai Rain Live Update: Latest Traffic Updates
Jul 05, 2022 14:55 (IST)
Mumbai Rain Live Updates: Submerged Rail Tracks At Sion Station 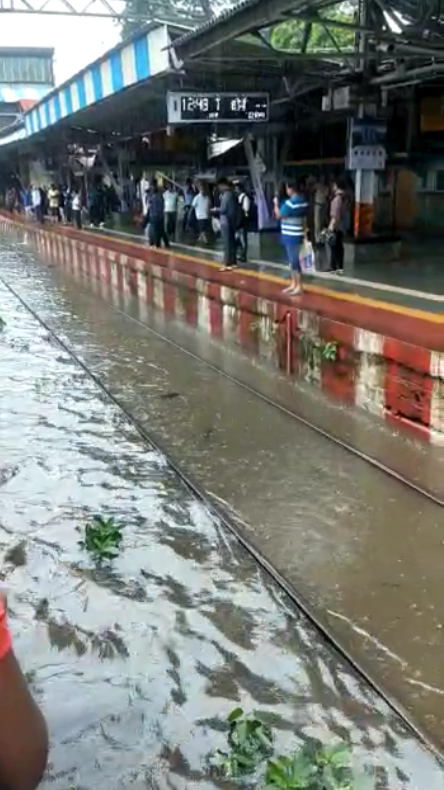 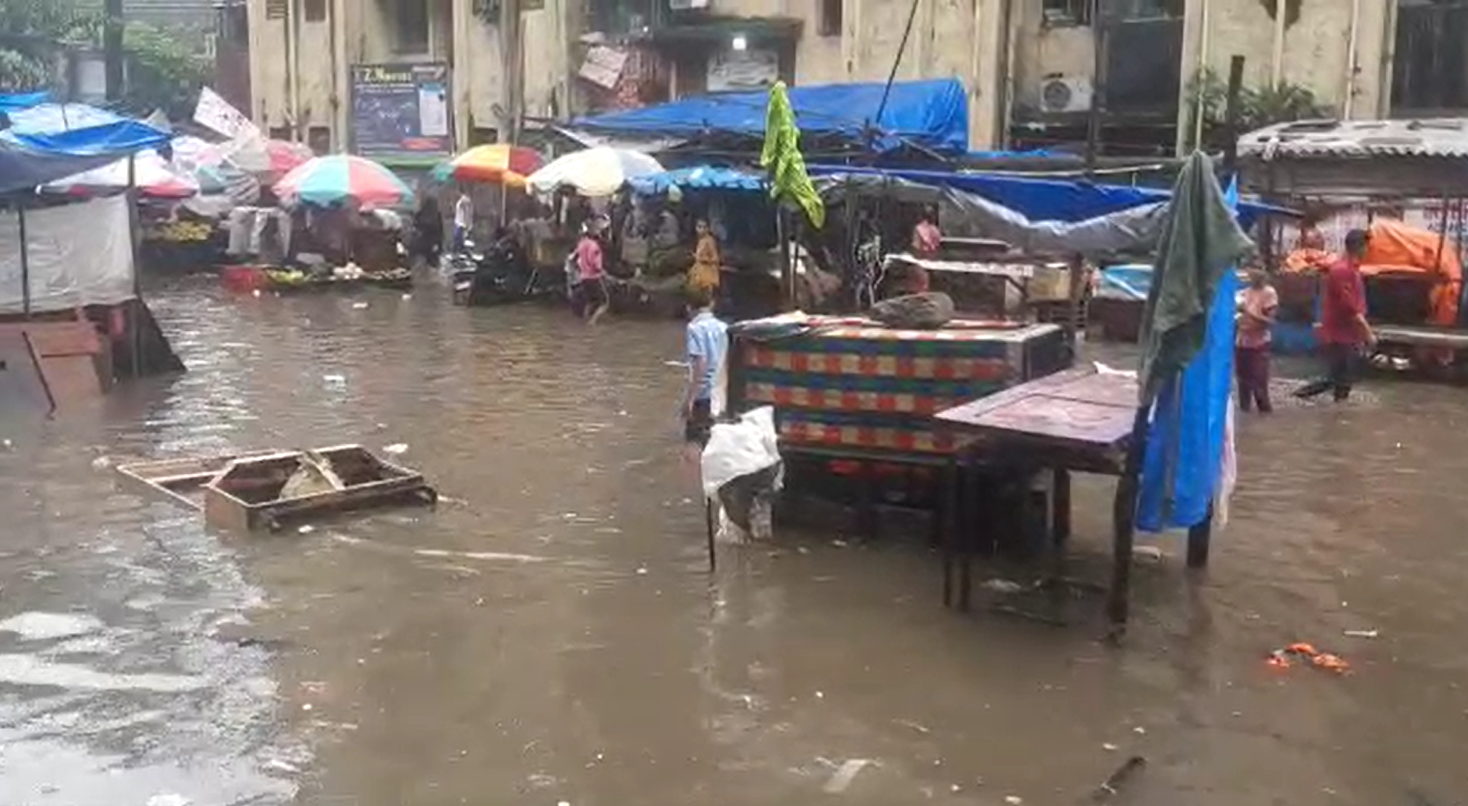 Jul 05, 2022 14:02 (IST)
Live Updates: Heavy Rain In Mahabaleshwar Hill Town, Koyna Dam Level Rising
Heavy rains lashed parts of popular hill station Mahabaleshwar and neighbouring areas of western Maharashtra and the Konkan region over the last 24 hours, as a result of which the water level of the Koyna dam was going up, officials said. The India Meteorological Department (IMD) has issued a 'yellow alert' for Satara district, where Mahabaleshwar and the Koyna dam are located, predicting heavy rains on Tuesday and the next two days at isolated places in some areas of the Western Ghats. (PTI)
Jul 05, 2022 13:04 (IST)
Mumbai Rain Live Updates: Waterlogged Road In Vashi, Navi Mumbai 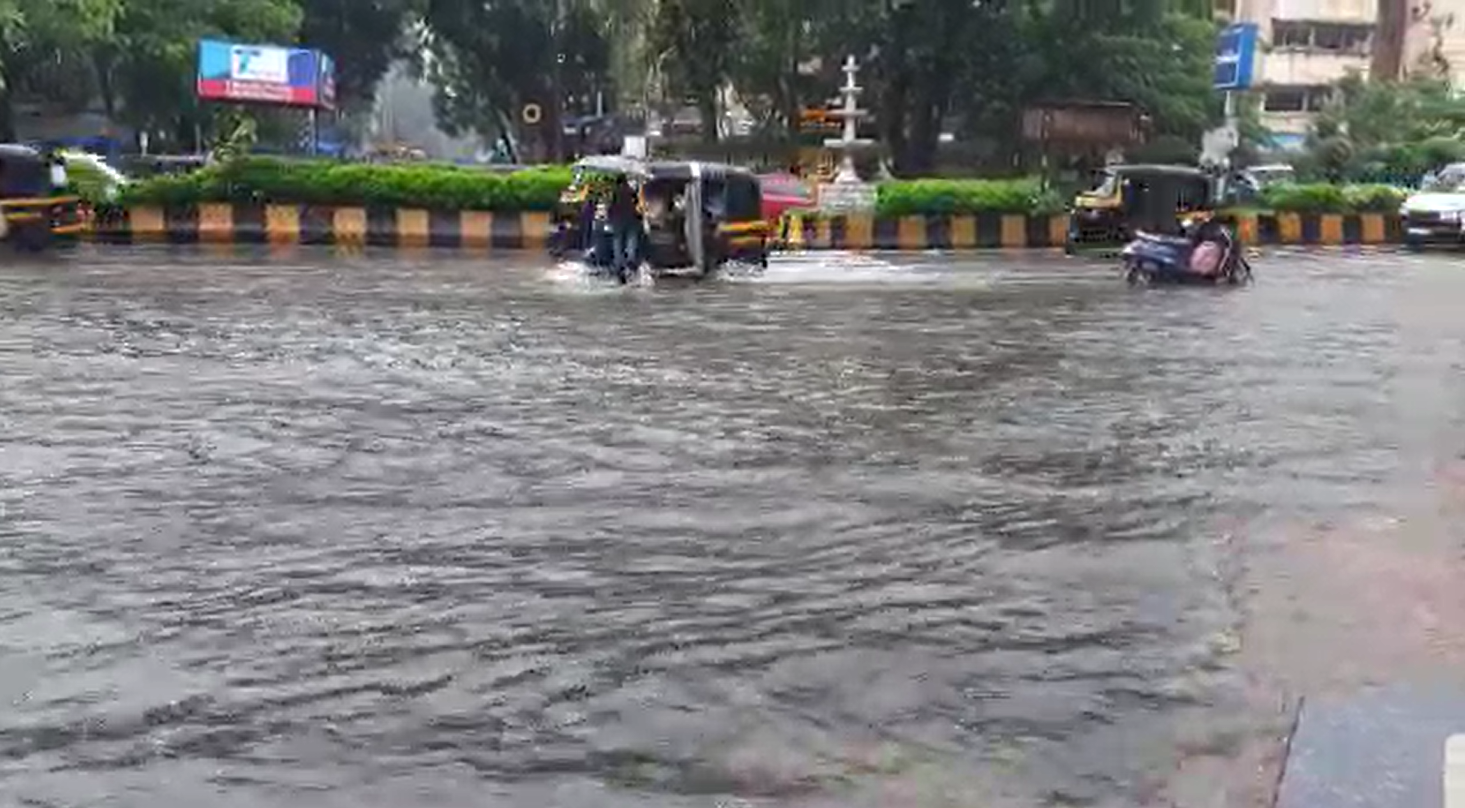 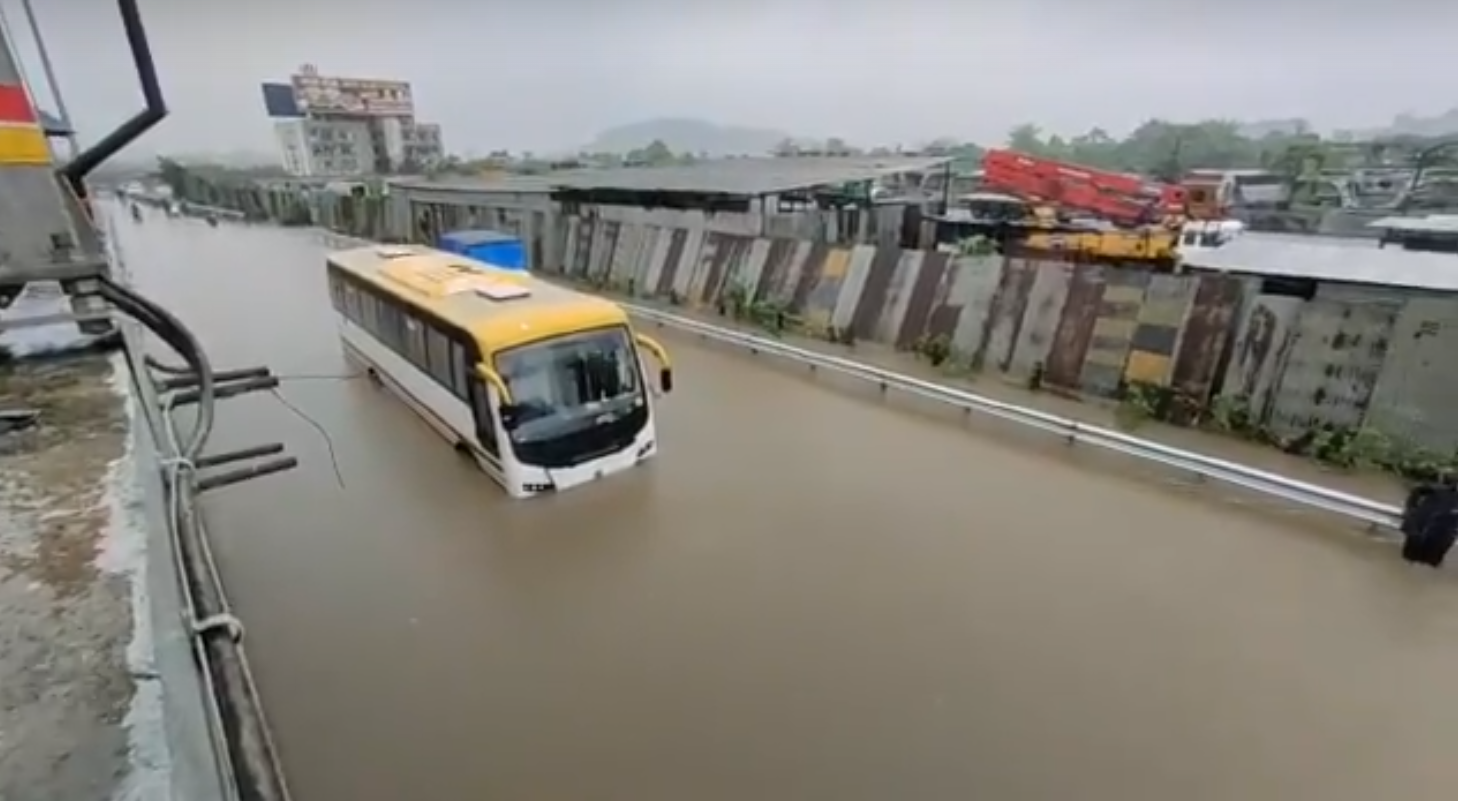 Jul 05, 2022 11:34 (IST)
Mumbai Rain Live Updates: Trains Running On All Corridors, Says Central Railway
Trains on all corridors are running though some of the trains on the main harbour line are running late, according to a Central Railway update amid heavy rainfall in Mumbai and suburbs.
Jul 05, 2022 11:31 (IST)
Mumbai Rain Updates: Landslide At Mumbai-Goa Highway In Maharashtra's Chiplun 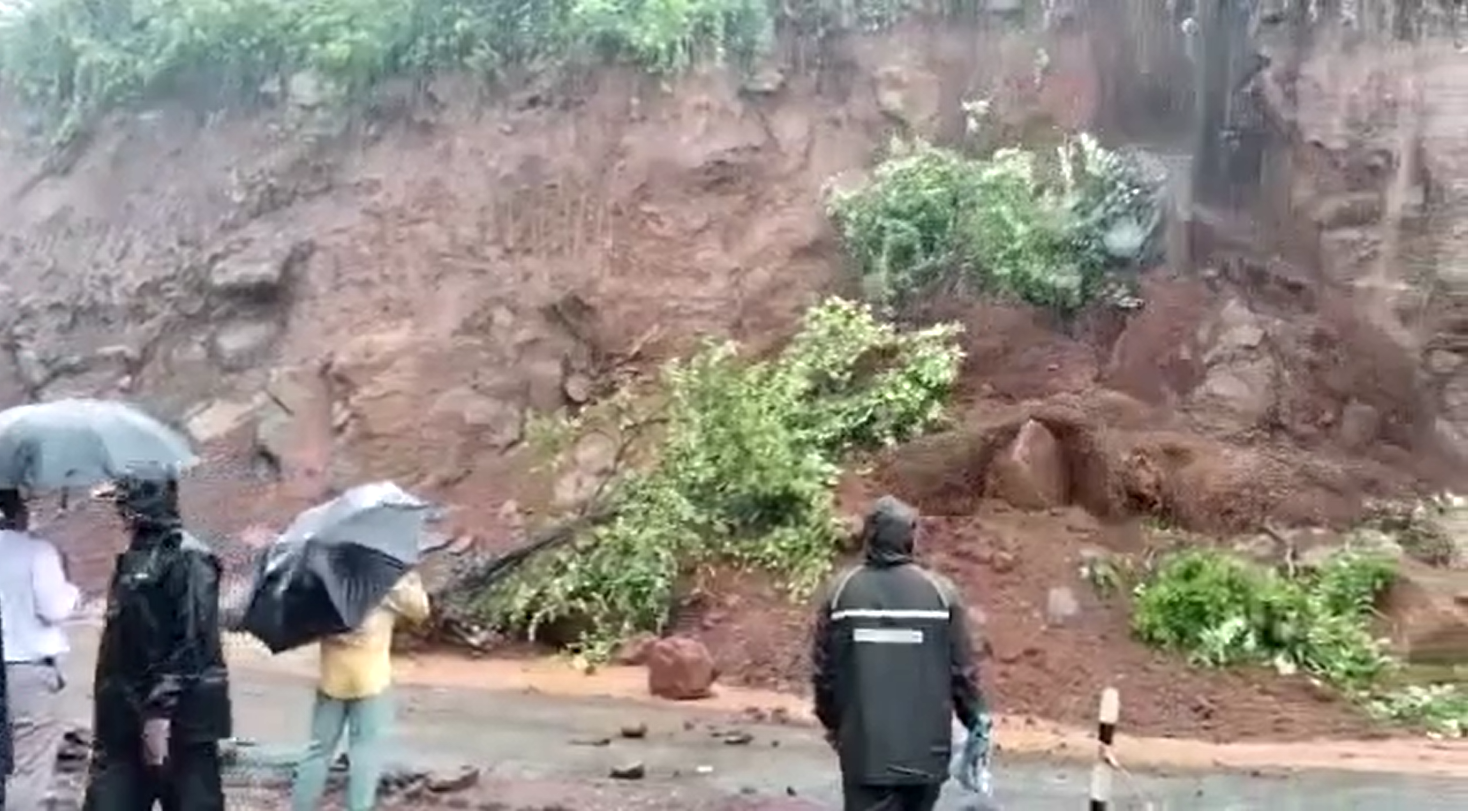 A landslide was reported at the Mumbai-Goa highway in Chiplun tehsil of Maharashtra yesterday. Earlier, on Saturday night, vehicular movement was affected due to landslide at the Ghat. Traffic remains suspended at the Ghat since 4:30 pm yesterday due to heavy rain.
Jul 05, 2022 11:23 (IST)
Mumbai Rain Live Updates: Waterlogging In Panvel 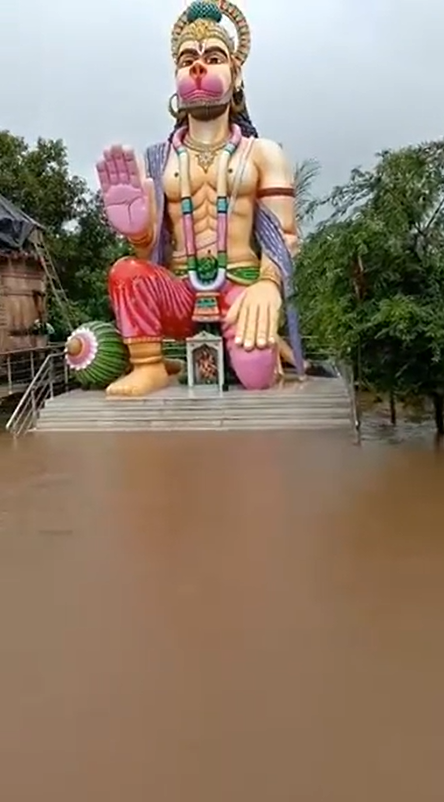 #MumbaiRains | In view of the incessant rains and waterlogging, eight route diversions have been done at Sion Road no. 24 and Shell Colony, Chembur: BEST PRO | reported by news agency ANI pic.twitter.com/ZYGp6UIBRA 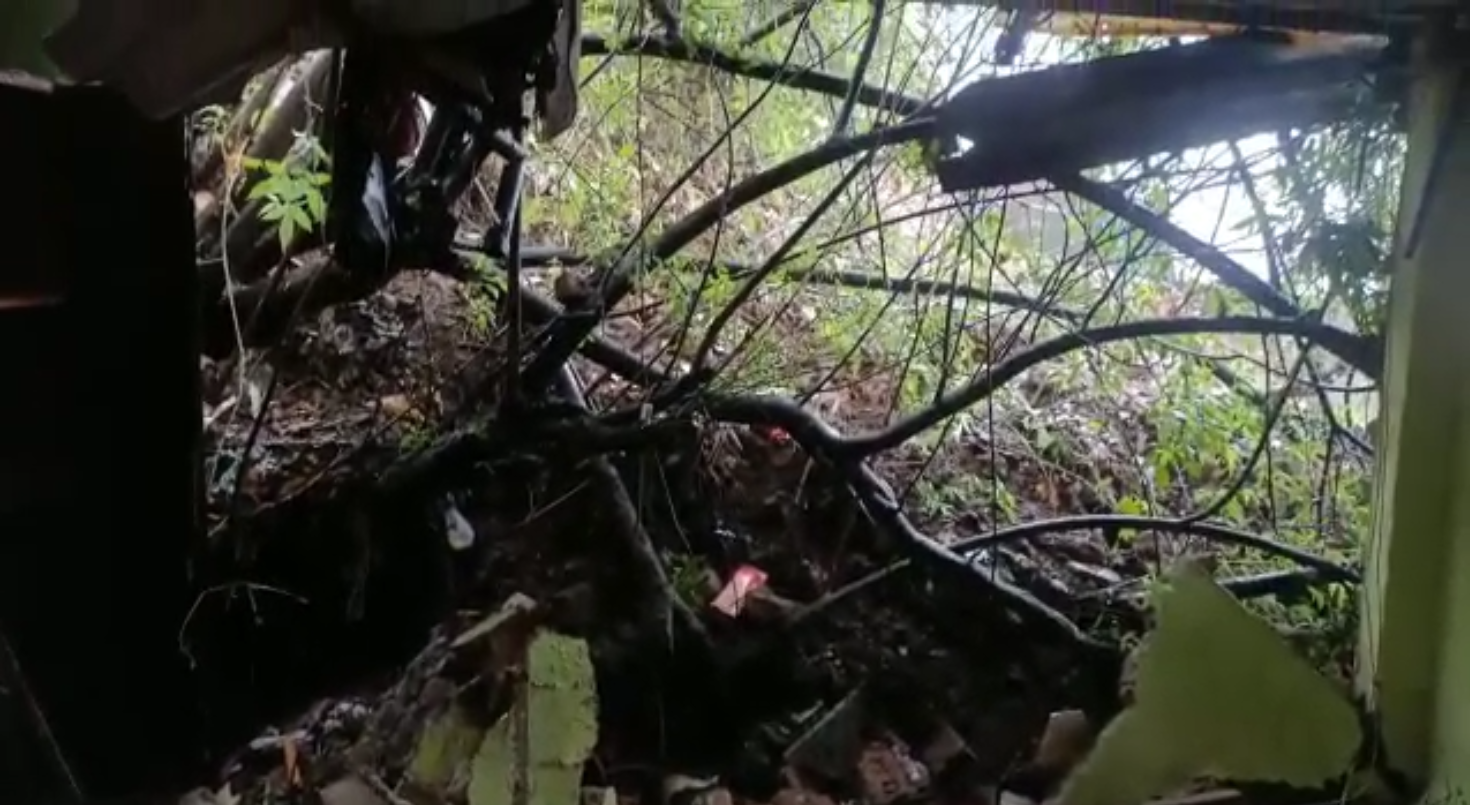