Chief Minister Yogi Adityanath and his ministerial colleagues will receive the mortal remains at the airport. 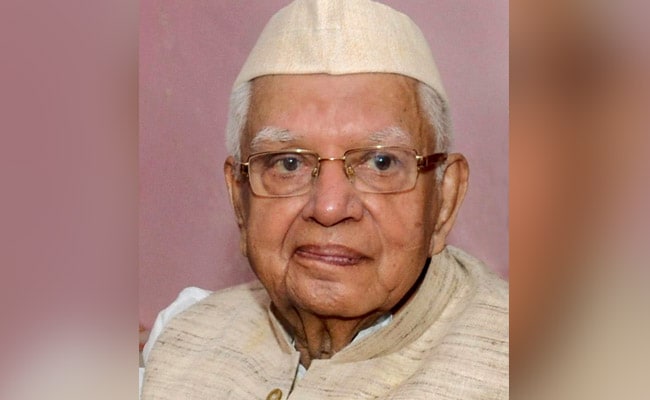 The body of former ND Tiwari will arrive at the Lucknow airport tomorrow afternoon. (File)

The mortal remains of Congress veteran Narayan Dutt Tiwari will be brought to Uttar Pradesh tomorrow for people to pay their last respects to the departed leader.

Mr Tiwari, 93, died at a private hospital in Delhi yesterday after prolonged illness.

The body of former Uttar Pradesh chief minister will arrive at the Lucknow airport tomorrow afternoon and will be kept at the Vidhan Bhawan from 1 pm to 3 pm for people to pay their last respects, an official release issued today said.

Chief Minister Yogi Adityanath and his ministerial colleagues will receive the mortal remains at the airport, it said.

Mr Tiwari, who was considered close to Indira Gandhi, had served as a Union minister in several Congress-led governments. He had the unique distinction of having served as the chief minister of two states, Uttar Pradesh and Uttarakhand, where his native place is located.