Uttarakhand: Arvind Kejriwal promised a monthly allowance of Rs 5,000 to an unemployed person from every family till he or she gets a job 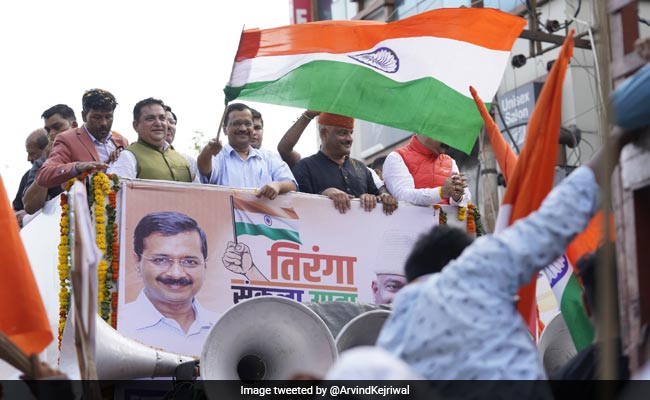 The Aam Aadmi Party has promised an unemployment allowance and 80 per cent quota in jobs for people in Uttarakhand if the party comes to power after the assembly election in the hill state next year.

Delhi Chief Minister Arvind Kejriwal, who also heads the Aam Aadmi Party or AAP, made the promises today during a visit to Uttarakhand. Mr Kejriwal's visit to Uttarakhand is in line with his party' stated goal of becoming a national power in the long run, for which the party - whose roots are firmly planted in Delhi - would need to fight election in every state whenever possible.

Mr Kejriwal promised a monthly allowance of Rs 5,000 to an unemployed person from every family till he or she gets a job. He said the AAP government will create at least one lakh jobs.

"Unlike others, we do what we say. We are going to keep all our promises. If we say we will give free power to farmers 24x7 or give 300 units of power for free, we mean it. We have done it in Delhi, and we will do it here," Mr Kejriwal said.

He promised to reserve 80 per cent jobs in both private and government offices for people from Uttarakhand. A separate ministry will also be created to check unemployment and migration, Mr Kejriwal said.

"Successive governments in Uttarakhand have been devoid of good intentions and have only looted its resources," Mr Kejriwal said.

"When we came to power in Delhi in 2015, we were asked from where would we bring money needed to keep the commitments we had made to people. But we turned a deficit budget into one of profit within four years. All we did was wipe out corruption and everything else followed," Mr Kejriwal said.

Mr Kejriwal asked people to vote for Colonel Ajay Kothiyal (retired) and give him a chance to run Uttarakhand.