Monsoon Rains Turn Patchy, To Pick Up Later This Month

Higher rains in the latter part of September will make up for the shortfall in the first half of the month, Mrutyunjay Mohapatra, director-general of the IMD said. 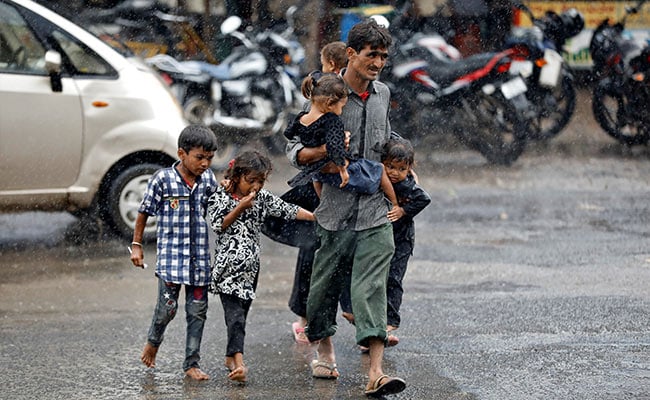 India has so far received 7 per cent above average rainfall since June 1: IMD official

Monsoon rains, which turned patchy in the first week of September, will pick up in the second half of the month, the India Meteorological Department (IMD) said on Monday.

India has so far received 7 per cent above average rainfall since June 1, when monsoon arrived on Kerala coast, said Mrutyunjay Mohapatra, director-general of the IMD.

The IMD defines average, or normal, rainfall as between 96 per cent and 104 per cent of a 50-year average of 88 cm for the entire four-month season beginning in June.

Higher rains in the latter part of September will make up for the shortfall in the first half of the month, and cumulative rainfall during the entire season will be in line with IMD's earlier forecast, Mr Mohapatra said.

In its revised forecast issued on June 1, IMD said the country was likely to receive above average monsoon rains for the second straight year in 2020.

Monsoon rains were 31 per cent below average in the week to September 2.

Rains have been evenly distributed across India. Of the 36 meteorological subdivisions in the country, the monsoon has been either average or above average in 33 this year, Mr Mohapatra said.

"Rains are likely to gather momentum later this month, but as of now we haven't made an assessment when the monsoon will start withdrawing," he said.

The IMD treats dry weather conditions for five straight days in western India to be the primary criterion signifying the retreat of the monsoon.