Read inOther Languages
This Article is From Jan 23, 2020

Minorities Wanted BJP Out, Not Against Shiv Sena: Sharad Pawar

The Shiv Sena, NCP and Congress then came together and formed the government in Maharashtra after long deliberations, notwithstanding .Sena's aggressive Hindutva ideology. 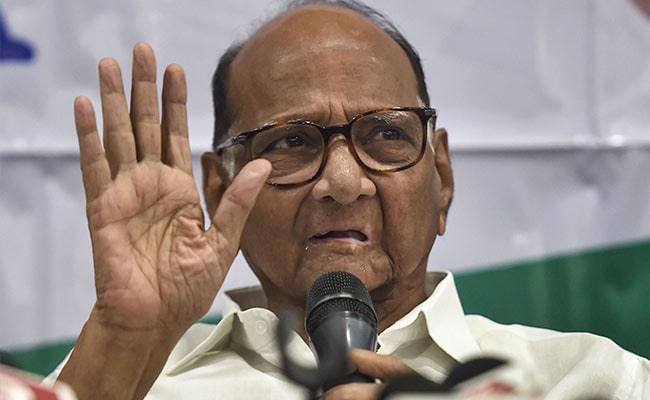 Sharad Pawar claimed that minorities, particularly Muslims, did not vote for BJP in assembly polls (File)

NCP chief Sharad Pawar said on Thursday that representatives of minority communities have conveyed that they would not mind if his party joined hands with the Shiv Sena, but the BJP must be kept away from power in Maharashtra.

The Shiv Sena and BJP contested the state Assembly polls together in October last year, but parted ways following disagreement over sharing the chief ministerial post for two-and-half years on rotational basis.

The Shiv Sena, NCP and Congress then came together and formed the government in Maharashtra after long deliberations, notwithstanding the Sena's aggressive Hindutva ideology.

Referring to it, Mr Pawar, at an event organised by the NCP's minority cell, recalled that no step was being taken (at that time) in the state for three-four weeks (by the Shiv Sena-BJP) towards government formation.

Mr Pawar said suggestions were invited about a possible tie-up with the Shiv Sena from people in Maharashtra as well as Uttar Pradesh, Bihar and Delhi.

"We were told on behalf of the minorities that if you want to take Shiv Sena along, you can do so, but keep the BJP away. The minorities welcomed that step (of taking the Shiv Sena on board)," Mr Pawar told the gathering.

The former Union minister said this development in Maharashtra politics has shown a path to the country, and lauded the minority communities for taking the initiative.

Mr Pawar claimed that minorities, particularly Muslims, did not vote for the BJP in the state polls.

When the community members make a decision, then it is to ensure the defeat of a particular party, he added.

The Maratha strongman also said the NCP had insisted that the minority affairs department in the state government be given to his party to carry out welfare works.

Shiv Sena president Uddhav Thackeray took oath as the chief minister on November 28 last year along with six other ministers initially, and the council was expanded on December 30.