Marsha P Johnson was an African-American who fought for rights of transgenders. She was one of the pioneering figures, whose work had a big impact in the 1960's and 70's. 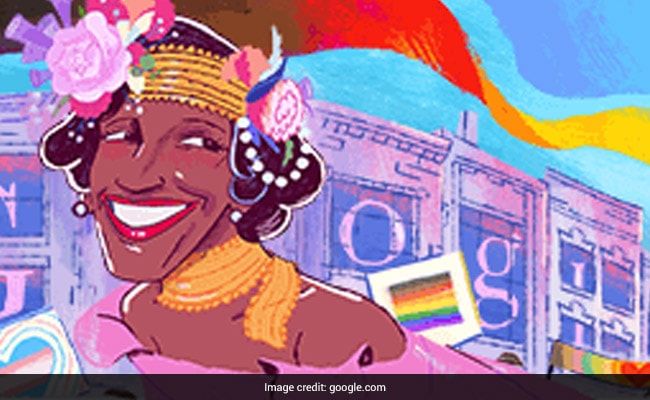 Marsha P Johnson, a pioneering figure in the LGBTQ+ rights movement is being celebrated for her unrelenting battle for respecting all lives. Google Doodle on June 30, closed Pride Month by paying respect to the icon. An illustration of her by Los Angeles-based guest artist Rob Gilliam is today's Doodle.

Who was Marsha P Johnson?

Marsha P Johnson was an African-American, transgender woman from New Jersey. Her fight for rights of transgenders had a big impact in the 1960's and 70's. This was a time when gay people were abused, threatened in society. In the United States the gay were classified as those having "mental illness".

She was born as Malcolm Michaels Jr. on August 24, 1945, in New Jersey. One of seven siblings, her father was an assembly line worker at General Motors. She moved to New York City after finishing high school in 1963. New York City's Greenwich Village, where she spent her time, was a cultural hub for LGBTQ+ people.

Malcolm Michaels Jr. legally changed name and became Marsha P. Johnson and the middle name 'P' apparently was her answer to all who questioned her gender: "Pay It No Mind." A charismatic figure, she was a self-declared drag queen.

In June of 1969, the police in New York, raided a gay bar called 'The Stonewall Inn.' Around 200 people were dragged out of the bar and beaten up. Marsha P Johnson was 23 at that time. She was one of the few who stood up against police brutality. Violent protests followed and for the first time, gay people came out on the road marching for their rights. It became a worldwide movement.

The New York Police Department, in 2019, apologised and said "the actions taken by the NYPD were wrong."

She was a founding member of the Gay Liberation Front and also co-founded the activist group Street Transvestite Action Revolutionaries (S.T.A.R.), along with close friend Sylvia Rivera. Marsha P Johnson performed on stage with the troupe, Hot Peaches. From 1987 to 1992, she was an AIDS activist and worked hard creating awareness.