The two men addressed a press conference in London and said that they were speaking on behalf of 'Maharaja of Manipur' Leishemba Sanajaoba. 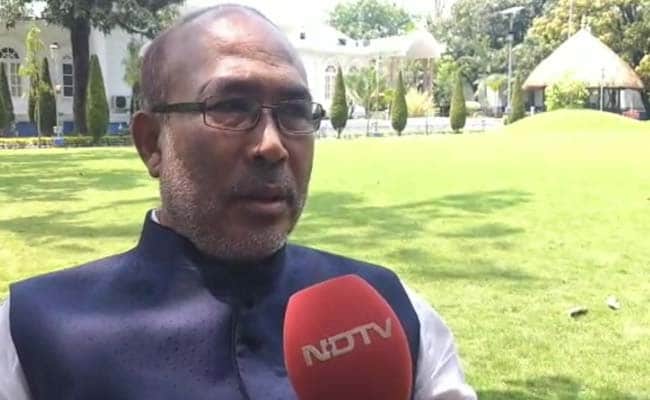 The Manipur government has filed a police complaint and asked for a probe by the National Investigation Agency after two people from the state, who fled to the UK, held a press conference in London on Tuesday declaring the formation of Manipur's 'government-in-exile' there. Both of them claim they have political asylum in the UK since August 2019 and have written to the prime minister of the UK about the formation of a 'government-in-exile'.

The two men - Yamben Biren, who claimed to be the chief minister of 'Manipur-in-exile' and Narengbam Samarjit, claiming to be the 'Minister of External Affairs and Defence of Manipur State Council' - addressed a press conference in London and said that they were speaking on behalf of 'Maharaja of Manipur' Leishemba Sanajaoba.

Confirming the developments, Manipur Chief Minister N Biren Singh stated that a case has already been registered against the duo for "waging a war against the state" and the Crime Branch is looking into it. The Manipur Government has also taken up the matter with the Home Ministry and the Prime Minister's Office today asking for a NIA probe.

"We believe that now is the right time to make public the Independent Government of Manipur before the international community and seek recognition. We call on all the Governments of the sovereign states of the members of the United Nations for their recognition of the de jure and exile Government of Manipur from today onwards. The three million Manipuri people want recognition as one of the Precious Native Nations. Our attempts to engage with the Indian government were met with hate and hostilities," the duo claimed in the London press conference.

Meanwhile, Manipur's King Leishemba Sanajaoba outrightly rejected the claims of these two men that he has 'authorised' them to form a government-in-exile. He added that, he only consented to collect some documents regarding the British rule from United Kingdom.