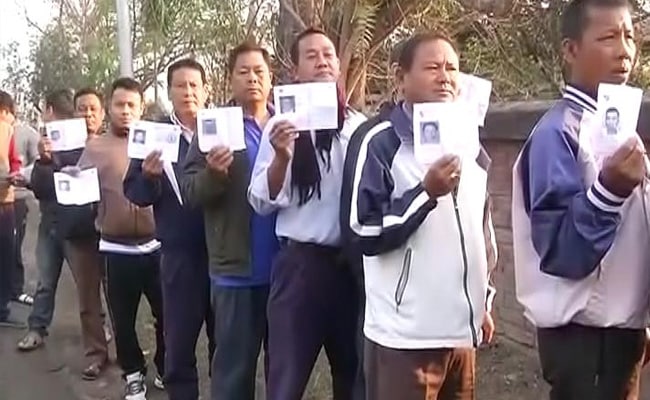 Manipur elections 2017: The first phase of polling on March 4 recorded a voter turnout of 84 per cent.

Manipur will vote in its second and final phase of assembly elections today. Ninety eight candidates will try their luck in the 22 constituencies that will vote in this phase. Chandel, Imphal East, Senapati, Tamenglong, Thoubal, Ukhrul districts will vote for Manipur's next government today.

Human rights crusader Irom Sharmila - also known as the 'Iron Lady' - will contest against Chief Minister Okram Ibobi Singh in Thoubal. Mr Singh's son is also contesting in this phase. Surjakurnar Okram has been fielded from Khangabok. Former Churchill Brothers skipper Somatai Shaiza is contesting on a BJP ticket from Ukhrul. Moirangthem Okendro, the Congress sitting MLA and Minister of Education, is contesting from Heirok.

Campaigning for the second phase ended on Monday. The first phase of polling on March 4, covering 38 constituencies, recorded a voter turnout of 84 per cent with record polling in the valley districts of Imphal East, Imphal West and Bishnupur.

Manipur Governor Najma Heptulla has appealed to the electorate to come out in large numbers and exercise their fundamental rights.

Polling will be held in 22 constituencies spread across the districts of Thoubal, Ukhrul, Chandel, Tamenglong and Senapati and will cover 1151 polling stations.

The second phase of polling will decide the political futures of Irom Chanu Sharmila and Chief Minister O Ibobi Singh.