Maneka Gandhi Launches NARI, One Portal For All Schemes For Women

The NARI portal carries details on 350 different schemes for women and will be updated from time to time.The schemes are divided into seven different categories -- education, health, employment, housing and shelter, addressing violence, decision making and social support. 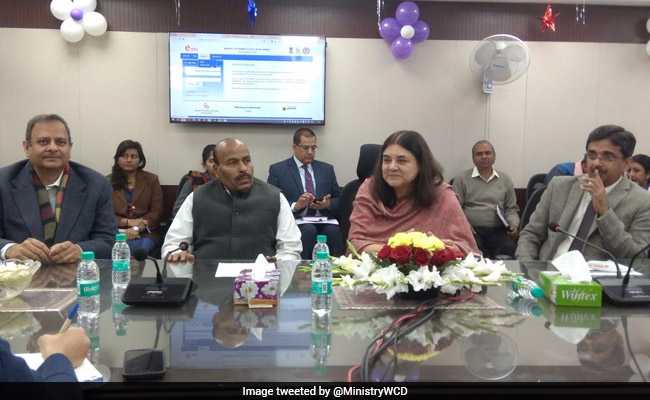 Users can log on to www.nari.nic.in to access information on different programmes offered by various state governments as well as the Centre, the minister told reporters.

The NARI portal carries details on 350 different schemes for women and will be updated from time to time.

Ms Gandhi also unveiled a website for NGOs called e-SAMVAD, an interactive portal allowing NGOs to contact the ministry and share their feedback, suggestions, grievances and their best practices.

Interacting with the press, the minister said the government will initiate a trial run of mobile phones with a panic button from January 26 in Uttar Pradesh.

Although the government in an order in April 2016 made it mandatory for all mobile phone manufactures to provide a panic button feature in cellphones from January 2017, its implementation has been delayed.

The move move aims at improving security for women by providing them a tool to alert the local police.
Comments
Maneka GandhiNARI portalWomen and Child Development Ministry