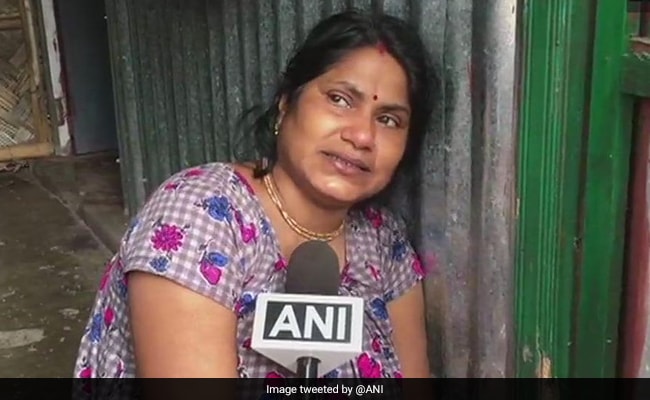 "He was unwell. Don't know if he was murdered or committed suicide": Rina wife of Nitya Mandal

Locals, out on their morning walk, had reportedly spotted the body and alerted the police. The man has been identified as one Nitya Mandal, 42, who used to work as a labourer.

"He had no fight or enmity with anyone...he had been unwell. Don't know whether he was murdered or had committed suicide," Rina, wife Nitya Mandal told news agency ANI.

BJP spokesperson Shahnawaz Hussain alleged that the incident is an example of Bengal's "jungle raj" and said that the Election Commission must take action.

"There is jungle raj in Bengal, the Election Commission should take cognizance of this incident. There is no rule of law in Bengal, BJP workers are continuously getting killed there. Is Trinamool Congress a political party or a murderous organisation? This is really unfortunate, the people of Bengal will answer this with their votes,"said Shahnawaz Hussain.

He targeted Chief Minister Mamata Banerjee, alleging that "she has become the absolute authority in Bengal" and the people will "teach her a lesson".

West Bengal votes in all seven phases of the Lok Sabha elections beginning April 11. The state will see a tough four-cornered contest between Trinamool, Congress, Left and the BJP for 42 Lok Sabha seats.