Congress chief Rahul Gandhi has written to Mamata Banerjee extending support for her United India rally. The rally in Kolkata tomorrow is tipped to be a major gathering of anti-BJP parties ahead of the national elections this year. 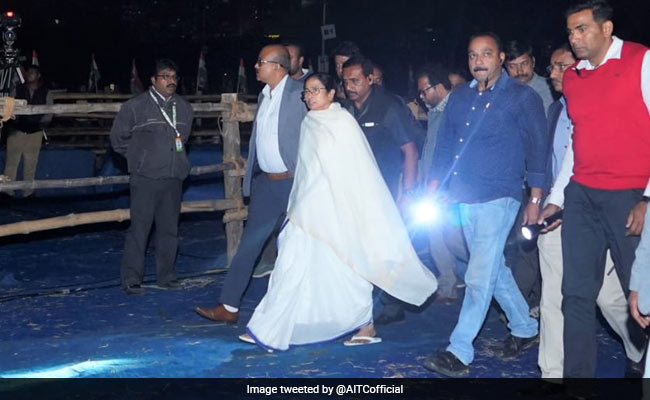 The stage is set for West Bengal Chief Minister Mamata Banerjee's "United India rally" in Kolkata on Saturday, tipped to be a major gathering of anti-BJP parties ahead of the national election due by May.

Meanwhile, Congress chief Rahul Gandhi wrote to Mamata Banerjee today in support of her rally. "I extend my support to Mamata Di on this show of unity and hope that we send a powerful message of a united India together," Rahul Gandhi wrote. The Congress president and his mother Sonia Gandhi are not attending Mamata Banerjee's event; the Congress will be represented by Mallikarjun Kharge and Abhishek Manu Singhvi.

Here are the Highlights ahead of Mega Opposition Rally:

Jan 18, 2019 17:38 (IST)
As part of arrangements, 50 temporary camps have been set up in Salt Lake's Central Park. Around 2,000 volunteers have been deployed to take care of the supporters while at least 12 CCTV cameras have been installed to ensure their security.
"The people staying here will be provided three course meals on Friday. We have also arranged for blankets. The entire accommodation is under CCTV surveillance and there are medical camps and sufficient fire fighting arrangements. We have also made a separate area for the members of minority community to read Namaz (prayer)," state Fire Minister and local legislator Sujit Bose said. 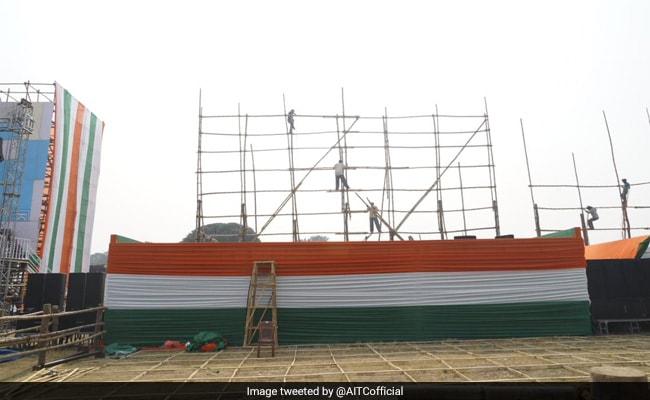 Jan 18, 2019 17:31 (IST)
According to the Trinamool Congress leadership, nearly four to five lakh people have arrived in the city to hear and watch the opposition gain steam at the rally. Apart from bringing thousands of supporters from their respective constituencies, the party leaders have also made special arrangements for their food, lodging, security and other necessary amenities in different parts of the city.
"Close to 70,000 activists have arrived at Sealdah station from different districts of north Bengal since morning. People have come onboard the Katihar Express, Uttar Banga Express, Padatik Express and Kanchan Kanya Express so far. More people will arrive on the Kanchanjunga Express in the evening. Another 7,000 people have arrived at the Kolkata Rail Station (Chitpur)," said state Food Minister Jyotipriyo Mullick, who was supervising the arrival of the party activists at the Sealdah station.
Jan 18, 2019 17:29 (IST)
Top leaders including former Prime Minister HD Deve Gowda, Samajwadi Party leader Akhilesh Yadav, former Chief Minister of Arunachal Pradesh Gegong Apang, Nationalist Congress Party leader Sharad Pawar, Zoram Nationalist Party leader Pu Lalduhawma and JMM leader Hemant Soren have reached Kolkata to attend the United India rally tomorrow.