"World Of My Feelings...": PM Writes Poem After Walk At Tamil Nadu Beach

Mamallapuram Summit: Today, PM Narendra Modi shared the poem on social media saying the "conversation" carried the "world of my feelings". PM Modi, in his poem, talks about the ocean's relationship with the sun, the waves and its pain. 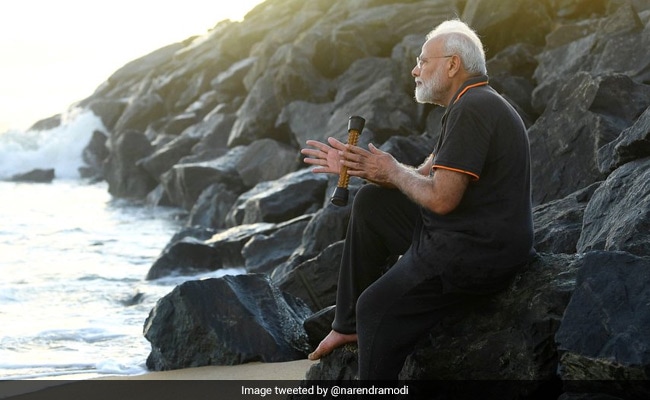 Mamallapuram Summit: PM Narendra Modi shared photos of him walking and exercising along the coast

An early morning stroll in a Mamallapuram beach inspired Prime Minister Narendra Modi to write a poem in Hindi on his "conversation" with the ocean. Today, PM Modi shared the poem on social media saying the "conversation" carried the "world of my feelings". PM Modi, in his poem, talks about the ocean's relationship with the sun, the waves and its pain.

PM Modi was on a two-day trip to Tamil Nadu's Mamallapuram for an informal summit with Chinese President Xi Jinping, where the two leaders discussed a range of issues from tackling terrorism, investment and trade and ways to renew ties between the two countries.

On the second day of his visit at Mamallapuram, PM Modi had shared a few photos of him walking and exercising along the coast.

"Refreshing walk and exercises in Mamallapuram, along the scenic coast," he said in the tweet along with photographs of himself sharing a quiet moment at the beach.

Apart from the walk and exercise, PM Modi, known for launching the 'Swacch Bharat' initiative, shared a three-minute video on the beach, where he went 'plogging'.

"Plogging at a beach in Mamallapuram this morning. It lasted for over 30 minutes. Also handed over my 'collection' to Jeyaraj, who is a part of the hotel staff," he tweeted. "Let us ensure our public places are clean and tidy! Let us also ensure we remain fit and healthy," he said in his tweet.

Plogging is an activity which originated in Sweden. It involves jogging while picking up litter.

Apart from writing, PM Modi is also known to be a passionate yoga enthusiast and is often seen performing complex asanas during his free time.