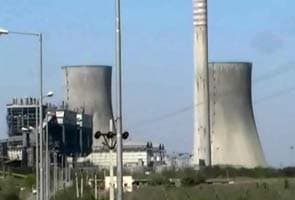 Mumbai: All six units of the Parli thermal power plant in Beed district of Maharashtra have been shut down because of severe water shortage in the Marathwada region. The plant used to receive water from the Khadka dam but the supply was stopped as the water level in the dam has almost dried up.

The power plant has an installed capacity of 1130 MW.

Over 12,000 villages in 16 districts of Maharashtra are in severe grip of water scarcity and that includes the whole of Marathwada region. Aurangabad, Jalna, Beed and Osmanabad are facing the worst crisis. So are some districts in western and north Maharashtra. All the natural sources in these areas have dried up, and the water levels at the reservoirs have dropped to an all-time low.

Promoted
Listen to the latest songs, only on JioSaavn.com
With such water scarcity, the question of supplying water to agriculture and industry is not even being discussed. The state has requested the Centre for financial aid to ward off the grave crisis. The state asked for a relief package of Rs 2,400 crore but received only about Rs. 780 crore. The government has already pressed the panic button and all sources for getting water are being taken over - be it private wells or handpumps. Even neighbouring states like Karnataka and Andhra Pradesh have been asked to help provide water to nearby districts.