Maharashtra Election Results: The Congress-NCP combine managed to win 98 seats and gather leads in another seat, an improvement of 12 seats from their 2014 tally. 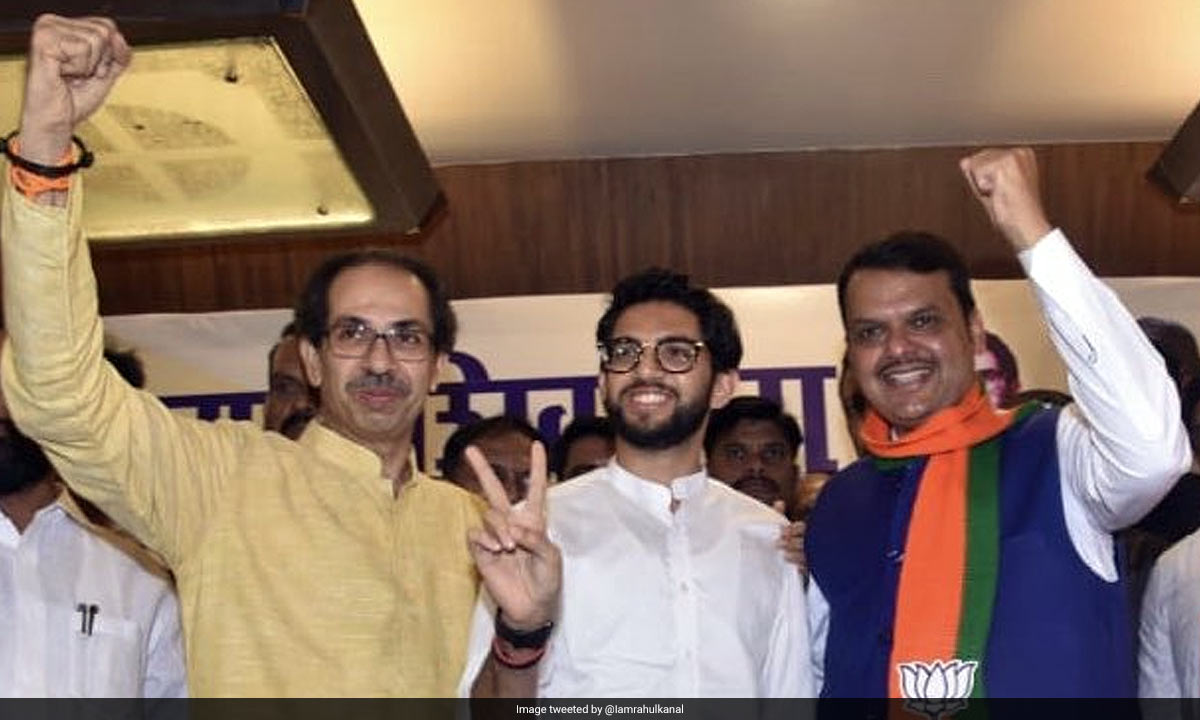 The BJP-Shiv Sena alliance managed to retain power in Maharashtra, winning 161 seats as the vote-counting process for the October 21 assembly polls continued late into Thursday night. However, opposition parties were quick to point out that this was a marked drop from the 185 seats it had polled in the previous assembly election.

The Congress-NCP combine managed to win 98 seats and gather leads in another seat, an improvement of 12 seats from their 2014 tally.

Addressing a rally in New Delhi, BJP president Amit Shah complimented supporters over the party scoring a "full majority" in the state. Prime Minister Narendra Modi, who arrived at the event flashing the victory sign, said that Devendra Fadnavis should be appreciated for not only becoming the first Chief Minister of Maharashtra to serve the full five-year term but also returning with a sizeable mandate.

"For years, parties with two-thirds majority could not last," he said, adding that political stability should mean a lot for a state that houses the country's financial capital.

Devendra Fadnavis admitted that the BJP had won fewer seats in this election as compared to the 2014 polls, but claimed that its "strike rate" was better this time round. "In fact, it's time to celebrate and not analyse. If we look at the results, the BJP had contested 260 seats in 2014 and won 122. This time, we fought 164 and are likely to get 105. Our strike is rate better because we won 70 per cent of the seats," he said.

The opposition Congress, however, was not convinced. "This is a moral defeat for the BJP. Everybody in the party's leadership, from Prime Minister Narendra Modi to BJP chief Amit Shah, is cut off from ground realities," Congress leader Anand Sharma said at a press meet held hours after the BJP failed to cross the halfway mark in Haryana and retained Maharashtra by a relatively low margin.

Mr Sharma disagreed with Devendra Fadnavis' claim that the performance of the BJP-Shiv Sena alliance in Maharashtra warranted a celebration.

"The BJP misused the administration, giving rise to unemployment and forcing our economy into decline. They should know that these are the main issues for the people so far as governance is concerned," he said, adding that the ruling party's "insensitivity" towards the poor has finally begun to impact its electoral numbers.

However, the reduction in seats is not the BJP's only concern in Maharashtra. Buoyed by its performance in the Maharashtra elections, alliance partner Shiv Sena has demanded that the BJP honour the 50:50 agreement they had arrived at earlier this year.

"We reached the formula when Amit Shah came to my house (ahead of the Lok Sabha elections). Now's the time to implement that," party chief Uddhav Thackeray said, also indicating that the Shiv Sena may want a go at the Chief Minister's post.

Mr Thackeray's parting shot sounded almost like a warning. "The Sena contested less seats on the BJP's request. We can't always be so accommodating," he said.