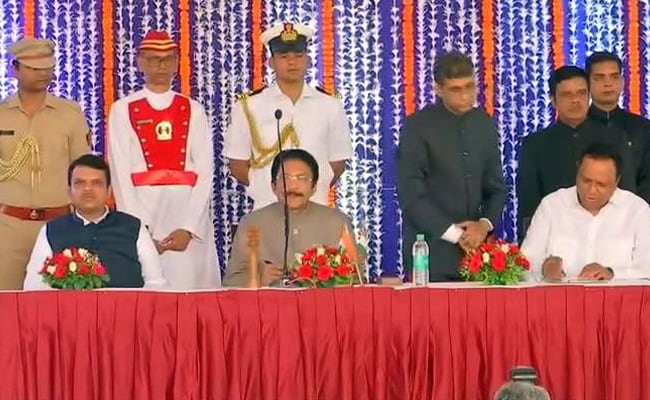 A total of 13 new ministers were sworn-in during a ceremony held on the day before the start of the last Assembly session of the current government, with the state voting in October. The new ministers are drawn from the BJP (10), Shiv Sena (two) and the RPI-A.

Mr Patil, who quit the Congress earlier this month over ticket allocation for the Lok Sabha election, was previously leader of the opposition in the state Assembly. He declared himself "ready to take on any responsibility that the CM gives".

The cabinet expansion, pitched by finance minister Sudhir Mungatiwar as a move to ensure the happiness of allies before state elections, also comes ahead of a potential battle for the Chief Minister's post between the BJP and its principal ally - the Shiv Sena.

The BJP and the Shiv Sena may have contested the Lok Sabha polls together but fought 2014 Assembly elections in Maharashtra separately; the BJP won 122 of 288 seats to emerge as the single largest party, forcing the Sena into the weaker half of a coalition.

This time around both parties are set to contest 135 seats each, meaning the question of who becomes Chief Minister will likely be raised again.

Sena youth wing chief Aaditya Thackeray may have left the question of his candidacy to the party, but the party's stance sets the stage for a possible tussle to see who succeeds Mr Fadnavis.

Prior to today, the BJP had 16 members in the cabinet with another seven holding minister of state (MoS) charge. The Shiv Sena had five ministers and one MoS. Smaller allies had one minister and one MoS each.