Sandeep Pandey, who won the Magsaysay Award in 2002, was originally supposed to lead the protest, "Stand for Kashmir", at the GPO Park on Sunday evening. 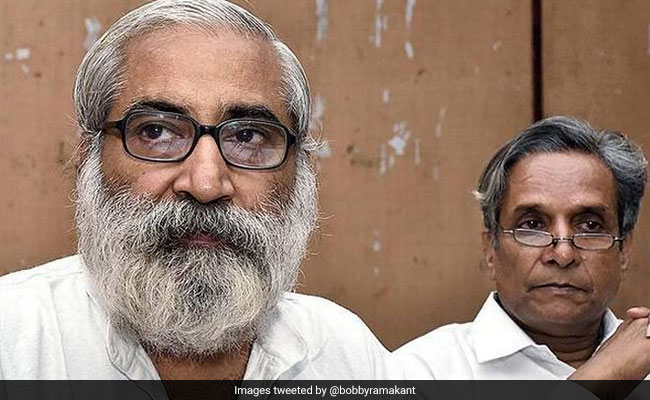 Sandeep Pandey was supposed to lead the demonstration at GPO Park on Sunday evening.

A Magsaysay Award-winning social activist was briefly confined to his house in Lucknow on Sunday over a planned demonstration to protest against the scrapping of Jammu and Kashmir's special status under Article 370 a week ago.

Sandeep Pandey was originally supposed to lead the protest, "Stand for Kashmir", at the GPO Park on Sunday evening. "All of a sudden, the police arrived at our residence in four vans and told us that we cannot stage the demonstration because of prohibitory orders that would be in place until Independence Day. So I told them that we will stage our demonstration after the orders are lifted. But they remained standing outside my house, not allowing anybody to enter or leave the house," the social activist told news agency IANS over the phone.

However, the "house arrest" -- as Sandeep Pandey and his wife Arundhati Dhuru termed it -- was lifted later. According to Ms Dhuru, they had advanced their plans for holding the protest to Wednesday even before the police made an appearance.

Neither the Lucknow district magistrate nor the city's senior superintendent of police was available for comment. According to the news agency, a government spokesperson also refused to speak on the matter.

On August 5, the BJP-led central government scrapped the special status accorded to Jammu and Kashmir through a presidential order and declared plans to bifurcate the state into two Union Territories. The bill cleared parliament and was signed by the President over the next few days.

The night before it took the step, the centre placed prominent political leaders in the Valley -- including National Conference leader Omar Abdullah, Peoples Democratic Party chief Mehbooba Mufti and Jammu and Kashmir People's Conference chairman Sajjad Lone -- under house arrest as a "precautionary measure". The region is currently under lockdown and the politicians are yet to be released.

Mr Pandey had won the Magsaysay Award in 2002 under the emergent leadership category. However, he later returned its cash component following criticism that he had accepted the award despite knowing that it is financed by the Ford Foundation, a United States-based organisation.

The social activist has often termed the United States' action of taking military action against other countries without the consent of the United Nations as "state terrorism".