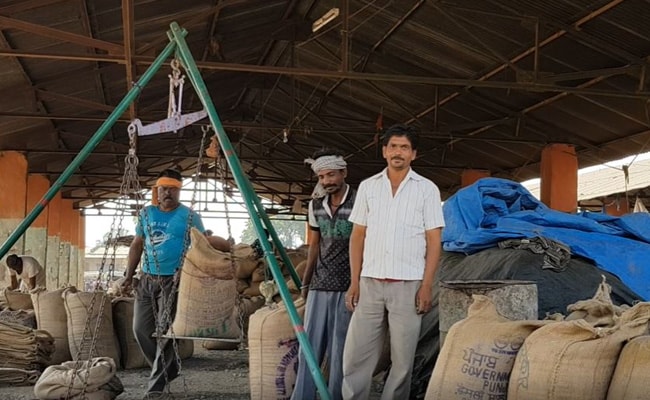 The new rules have impacted procurement inside markets in Madhya Pradesh.

Wholesale agriculture markets, or mandis, in Madhya Pradesh will remain open, Chief Minister Shivraj Singh Chouhan asserted Wednesday, offering assurances to farmers from the state who are among those protesting against the centre's three contentious farm laws.

Addressing a farmers' meet in Rewa district, the Chief Minister insisted mandis would remain open and that the centre's laws were only meant to help farmers secure better prices for their crop.

"Even if someone sells their produce outside the mandi we will provide them with a license. Farmers can sell at the mandi or outside... as they want," Mr Chouhan said, adding that the government cut the mandi cess to 0.5 per cent from 1.7 per cent.

Thousands of farmers across India are up in arms over laws they say will rob them of MSPs (minimum support price), force mandis to shut (leaving middlemen, with whom they have close professional ties without work) and leave marginal farmers at the mercy of corporate interests.

The Madhya Pradesh government has amended the Krishi Upaj Mandi Adhiniyam Act of 1972 and passed the Model Mandi Act in May. The amendment allows traders to purchase farm goods, without a market fee being levied, from outside the mandi. For purchases inside the mandi the 0.5 per cent cess will be levied, making it less profitable for the trader.

The state says the new rules will develop a more competitive system and provide farmers with maximum value. But this has impacted procurement inside mandis, all of which have seen a drop in farmers coming to sell produce; the drops vary from four per cent in Indore to 71 per cent in Rewa.

Jitendra Chaudhary, the Secretary of the Khandwa Upaz mandi, reported a 25 per cent drop, and noted the absence of a tax for traders outside the market. "In that situation, why should a trader come to the mandi to buy agricultural produce?" he asked.

Of the 259 mandis in Madhya Pradesh, 47 reported zero business in October and 143 recorded drops of between 50 and 60 per cent over the last six months. Nearly 300 sub-mandis (which run seasonally) have also recorded zero business in the same period and are on the verge of closure.

"In Rewa there are 18 mandis. In Satna, Nagaud and Rewa areas there is some procurement but in almost 15 mandis there is no business," Rajendra Singh, an Assistant Market Inspector, said.
Agriculture Minister Kamal Patel said that despite the drop in business, revenue generated (compared to last year) showed a surplus of Rs 1 crore. There is no reason for either the farmers or mandi traders to be worried, he said.

The opposition Congress has attacked the state government, saying the apprehensions of the farmers were not misplaced. Party spokesperson Narendra Saluja said: "Since the Model Act was implemented almost 70 per cent of business has been affected. Farmers are not getting MSP... now they (the government) will encourage private mandis".

Under the centre's new laws farmers can sell outside mandis and to private buyers and traders. Earlier, they were required by law to sell their produce at the government-run mandis. Chief Minister Chouhan said the farmers retained the option of doing juset that - and selling at the MSP.

However, Kisan Congress chief Kedar Sirohi, who is also an ex-member of the Madhya Pradesh government's agriculture advisory council, claims the state hasn't purchased any produce (except wheat) since June.