Senior Congress leader Digvijaya Singh sought to know why the MLAs were not meeting the Assembly speaker to submit their resignations. 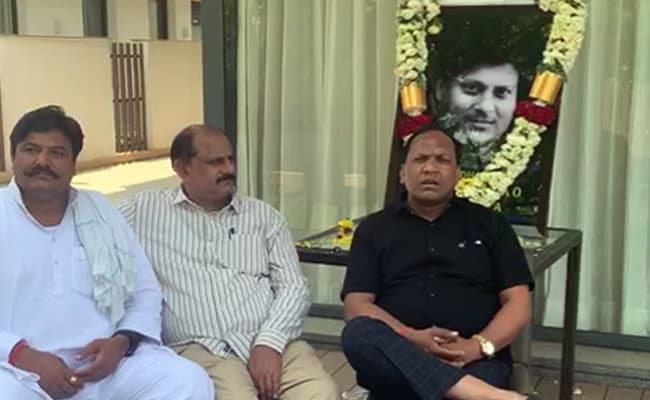 Madhya Pradesh Assembly Speaker NP Prajapati has issued notices to the 22 Congress MLAs who have resigned, asking them to appear before him by Friday and clarify whether they have quit voluntarily or under pressure, a legislature official said on Thursday.

The BJP, meanwhile, has said it will seek a floor test in the Madhya Pradesh Assembly on March 16, while the Congress said it is ready to face the test only after a decision on the resignations of the 22 MLAs.

Senior Congress leader Digvijaya Singh sought to know why the MLAs were not meeting the Assembly speaker to submit their resignations.

The speaker has asked the 22 MLAs to appear before him by Friday to clarify whether they have resigned voluntarily or under any pressure, Vidhan Sabha principal secretary A P Singh said.

When asked about the BJP's demand, Digvijaya Singh said the chief minister is ready for a floor test.

"As Kamal Nathji has already said we are ready for the floor test. But, there should be a decision on the resignation of MLAs before the floor test," Mr Singh said, while blaming the BJP for the constitutional crisis in the state.

He said the speaker has already issued notices to the rebel MLAs, who should now go to him and clear the air.

"Nineteen Congress MLAs are in their (BJP's) captivity. The family members (of MLAs) are unable to talk to them. Their phones were taken away. It is also strange that the resignation of Congress MLAs were submitted to the speaker by BJP leader Bhupendra Singh," he said.

"Now, they (BJP) are expecting that their resignations should be accepted," the Congress leader said.

Of these legislators, 19 are currently staying in a resort in Bengaluru while three are still in Madhya Pradesh, sources said.