A man in Lucknow gave a new lease of life to a rescued dog who can't see and hear. He built a robot to feed the dog when he's not at home. 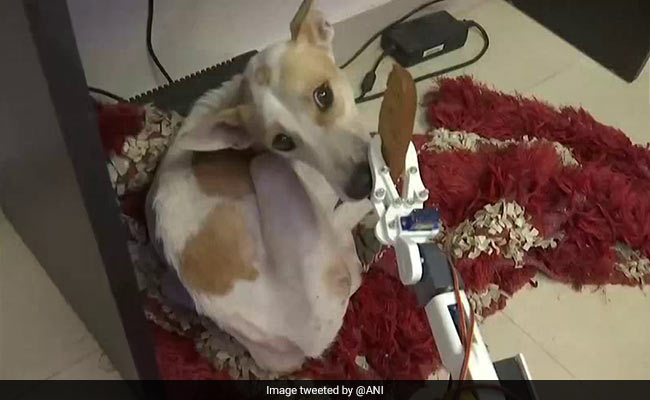 A deaf and blind dog in Lucknow got a new lease of life after a man built a robot to take care of him. Milind Raja, a robot enthusist, rescued the dog during the pandemic-forced lockdown and brought him home. He built a robot to feed the dog when he's not at home.

"I found this dog when the pandemic was at its peak. I took him to the vet who told me that he's blind and deaf. So I built a robot, which feeds and monitors him, in my absence," Milind Raja was quoted by news agency ANI as saying.

"I found this dog during peak time of pandemic. I took him to the doctor who told me that he's blind & deaf. So I build a robot which feeds & monitors him, in my absence," says Milind Raj pic.twitter.com/hJwSg8YxQ9

Walkers and wheenchairs for dogs with disabilities are common across the world and pet lovers often adopt canines who can't move freely or have other health problems. Dogs with arthritis or hip and joint issues are often seen with mobility aids so that they can lead a normal and happy life.

A resident of of Gomtinagar in Lucknow, Milind Raja, is a law student. Earlier, he had made a drone sanitizers when the pandemic broke out. According to Mr Raja, "The drone can carry seven to ten litre of sanitizse spray and can be operated remotely".