Arjun Ram Meghwal had entered politics in 2009 after resigning from the Indian Administrative Services. 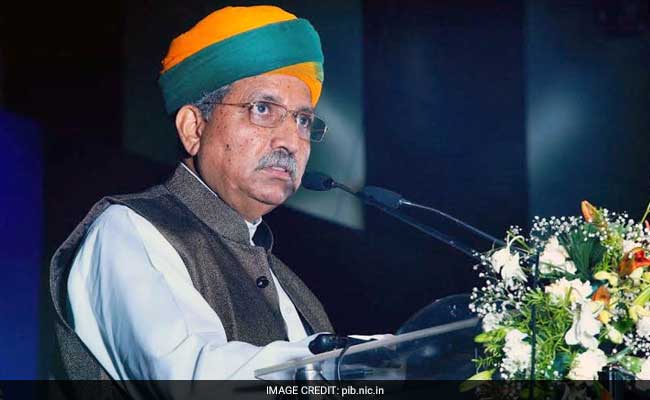 Arjun Ram Meghwal will fight to retain the Bikaner seat.

The contest for the Bikaner Lok Sabha seat will be a fight within the family; with BJP candidate and Union minister Arjun Ram Meghwal facing his cousin, a Congress candidate

While his cousin is contesting for the first time, Arjun Ram Meghwal will fight to retain the seat which has been the BJP's stronghold since the last 15 years. Veteran actor Dharmendra had represented the seat in 2004.

Arjun Ram Meghwal had entered politics in 2009 after resigning from the Indian Administrative Services. He was the BJP lawmaker from Bikaner seat for two consecutive times. He had defeated Congress's Shankar Pannu with over 3 lakh votes in 2014 Lok Sabha election and is considered a heavyweight within the BJP.

"He is elder son of my aunt (Mausi) and is also elder to me. We believe in different ideologies. I am a strong Congress worker whereas he is a staunch BJP man. I may be a first timer but I am accepting the challenge," Madan Gopal told news agency PTI.

The BJP leader has had to deal with infighting within. Former minister and BJP veteran Devi Singh Bhati has been opposing his candidature from the seat, accusing him of working as an agent of the Congress.

Caste equation between upper castes which are in sizeable number, and reserved castes too will play a major role on the Lok Sabha seat comprising eight assembly segments, of which seven are in Bikaner district and one seat Anupgarh falls in Sriganganagar district.