Lok Sabha Elections 2019: Salman Khurshid, the Congress candidate from Farrukhabad, said he is ready to debate the 2008 case "whenever and wherever" Yogi Adityanath wants. 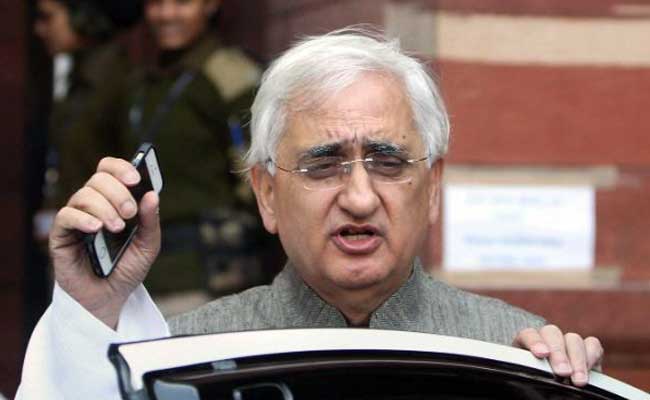 Congress leader Salman Khurshid has borrowed a popular movie dialogue to call himself Uttar Pradesh Chief Minister Yogi Adityanath's "baap" (father) and challenged him to a debate on the 2008 Batla House encounter, preferably at a cowshed.

Mr Khurshid, the Congress candidate from Farrukhabad, said he is ready to debate the 2008 case "whenever and wherever" Yogi Adityanath wants.

"It will be better if it takes place in a gaushala, to find out if the cow is with him or me," the lawyer-politician said.

"But tell Yogiji that ''rishtey mein main unka baap lagta hoon'' (I am like his father)," the 66-year-old leader told reporters on Sunday.

He was reacting to the chief minister's comments during an election meeting in Mohammadabad area of Farrukhabad district.

Yogi Adityanath, campaigning for the BJP candidate from the constituency, had said cases like the Batla House encounter happened during Congress rule.

"One must question Salman Khurshid what relation he had with the people of Batla House. On what grounds, he went to defend them in court," he had asked Mr Khurshid.

On Saturday, Prime Minister Narendra Modi, too, had raised the encounter issue, accusing the Congress of indulging in "vote bhakti".

The encounter had taken place on September 19, 2008, against suspected Indian Mujahideen terrorists at Batla House locality in Jamia Nagar, Delhi.

Mr Khurshid's "baap" remark appeared to be a rip-off of the popular dialogue from ''Shahenshah'' movie starring Amitabh Bachchan.

Amitabh Bachchan's character, a corrupt police officer who turns a vigilante by night to make his city crime-free, often uses the dialogue.