Media reports earlier in the day said several people in Noida, neighbouring Delhi, had been able to wipe off the ink on their finger after voting. 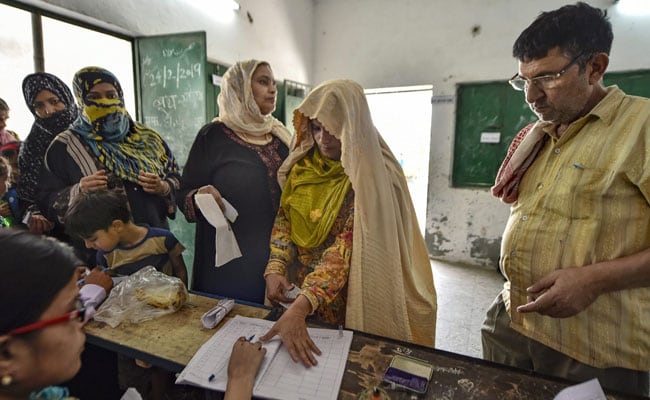 The Election Commission said on Thursday it has sought a report from the District Election Officer in Uttar Pradesh's Gautam Buddha Nagar following claims that some voters were able to erase the indelible ink used to mark the index fingers after voting in the first phase of Lok Sabha polls.

"Usually these inks are sent to CSIR lab for testing before every election. It is being used from 1950-51 and 25 countries are using it," Deputy Election Commissioner Chandra Bhushan Kumar said at a briefing at the end of voting for the day. "Usually this should not happen," he added.

Media reports earlier in the day said several people in Noida, neighbouring Delhi, had been able to wipe off the ink on their finger after voting.

Bhupen of CNN News has been able to remove his indelible ink &!this is happening across the cities, by using nail polish remover. This raises a question mark on the assurances of EC. Even it's going by simple sosp wash.

Claims that the ink can be erased could have far-reaching implications as it is meant to ensure that a voter can vote only once.

Ahead of the Lok Sabha polls, the Election Commission had ordered 26 lakh indelible ink bottles worth Rs 33 crore.

Mysore Paints and Varnish Ltd, a company under the Government of Karnataka, is the only authorised manufacturer of indelible ink for the poll body.

India is voting in seven phases for its 543-seat Lok Sabha in elections that began today and will go on till May 19. Results are set to be declared on May 23.