The Indian Air Force (IAF) operates over 60 MiG-29s, all of which except for the last two have been upgraded with advanced avionics and better weapons to convert them into multirole jets 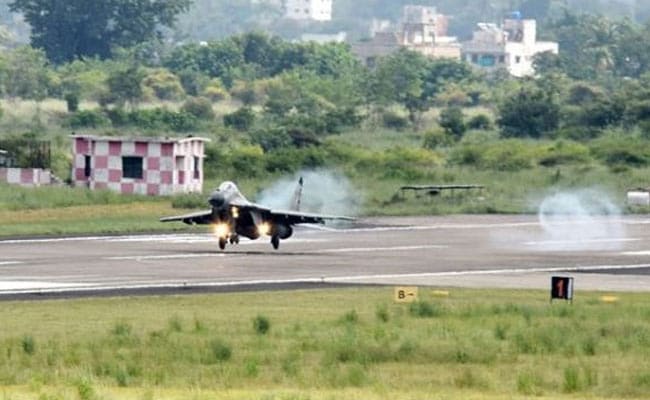 The last two of the Soviet-era MiG-29 interceptors that have served with the Indian Air Force for over three decades have gone to stand in the queue for a final upgrade before they fly into the sunset.

The IAF operates over 60 MiG-29s, all of which except for the last two have been upgraded with advanced avionics and better weapons to convert them into multirole jets that can perform air-to-air and air-to-ground missions equally well.

On Saturday, the tarmac of the 28 Squadron ("The First Supersonics") in Gujarat's Jamnagar buzzed with the roar of the MiG-29 legacy jets, popularly known as "Baaz" (eagle), as they took off for Ojhar in Maharashtra, where the IAF's '11 Base Repair Depot' (BRD) is located. The '11 BRD' that was set up in 1975 is the only fighter aircraft depot of the IAF.

The two jets flew in a formation and carried out a flypast over the Ojhar airfield, marking the end to an impressive era when this aircraft proved its mettle in operations. The IAF's MiG-29s flew air-dominance and escort missions to protect strike aircraft while they dropped laser-guided bombs on terrorist fortifications atop hills during the Kargil War in 1999. 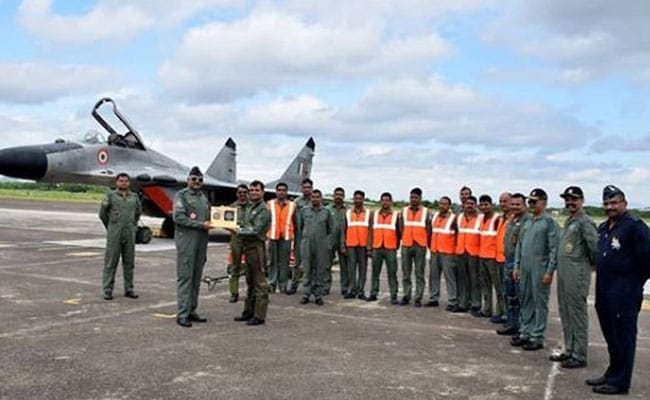 28 Sep, 28 Sqn tarmac buzzed with roars of last 02 Legacy Mig29.A/c tookoff& carried out flypast over Ojhar to mark end of an era. A/c were received at 11BRD #IAF for upgrade& OH. To mark the historic event, Air Cmde SV Borade AOC handed over the souvenir plaque to CO.@IAF_MCCpic.twitter.com/nzjcfLH39g

The Indian Navy operates some 45 new MiG-29K on board the aircraft carrier INS Vikramaditya. The fighter jets will also operate from the deck of the new carrier, INS Vikrant, being built in Kochi. The new MiG-29Ks whose wings can be folded are a very different aircraft from the legacy MiG-29s as the naval version have been optimised for landing on aircraft carriers and for maritime operations.

Several variants of the MiG-29s - as also the MiG-21s - have served with the air forces of nations friendly with the former Soviet Union and later Russia and have seen action in multiple conflicts.