The marathon, organised by Ministry of Jal Shakti, is to create awareness about River Ganga. 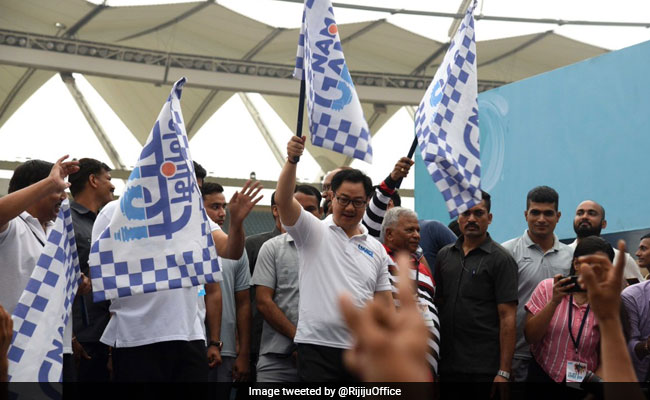 Union minister Kiren Rijiju along with others flags off Great Ganga Run in New Delhi.

The marathon was organised to create awareness about River Ganga.

"It is a good initiative by Ministry of Jal Shakti. This marathon has been organised by them. It has a very elaborative message. Ganga is very important for the country and we needed to create awareness. In this marathon, people from every age group are participating. I would like to congratulate the organisers on getting a number of people involved with Namami Gange Marathon," Mr Rijiju said.

We were preparing for this event for one month, said Gajendra Singh. "We had online registrations. Almost 20,000 enrolled for this marathon. It is nice to see so many people turning up for the marathon. We will organise Ganga Expedition from October 9 as well," he added.