Sharda Peeth, an abandoned Hindu temple located in Sharda village, is situated along the Neelum river in Pakistan occupied Kashmir near the Line of Control. 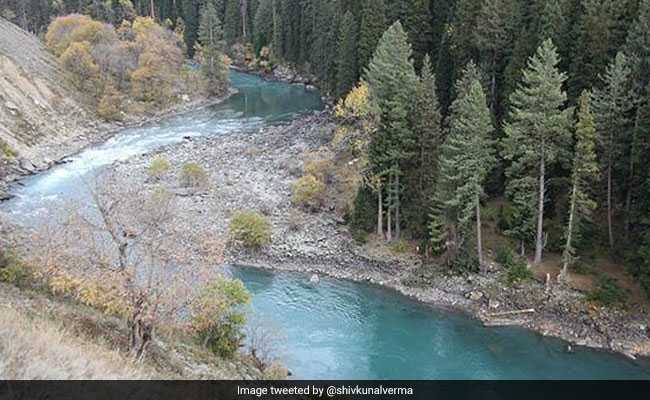 The "yatra" concluded at the banks of Teetwal Kishenganga River located in the Himalayas.

The APMCC, an organisation representing displaced Kashmiri Hindus, has begun a "Kalash Yatra" to the banks of the Kishenganga river in Teetwal village of Kashmir, to pray for the reopening of the Sharda temple in Pakistan-occupied Kashmir (PoK).

Sharda Peeth, an abandoned Hindu temple located in Sharda village, is situated along the Neelum river in PoK near the Line of Control. It was a major centre of learning at par with the ancient sites of Nalanda and Taxila.

The All Party Migrant Coordination Committee (APMCC), supported by the Harmukh Ganga (Gangbal) Trust (HGGT) performed the ceremony in Teetwal village, about 186 km from Srinagar, in Karnah sector of Kashmir, for the first time since 1947.

APMCC chairman Vinod Pandit appealed to the governments of India and Pakistan to expedite the process of reopening of the Shardha temple to the Hindus of Jammu and Kashmir on the lines of cross-LoC visits by the residents of J&K on permit system.

It may be recalled that the APMCC has been agitating for the reopening of the ancient Shardha temple since 2004.