JNU Elections: The voter turnout in the keenly contested JNUSU election on Friday was 67.8 per cent, believed to be the highest in six years. Over 5,000 students cast their votes. 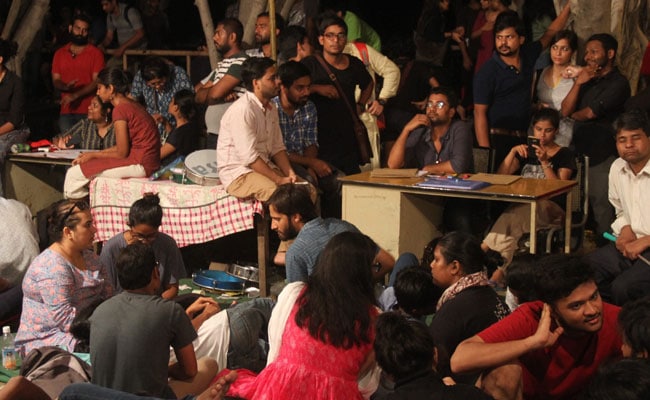 The Left Unity has swept all key 4 seats in the Jawaharlal Nehru University Student's Union (JNUSU) polls. N Sai Balaji has been elected as the president, Sarika Chaudhary as the vice president, Aejaz Ahmed Rather as the general secretary and Amutha Jayadeep as the joint secretary. The counting of votes for the JNUSU elections resumed on Saturday evening after being suspended for around 14 hours.

The counting of votes was suspended after ABVP leaders allegedly broke into counting centres and roughed up Election Committee members.The ABVP, however, rejected the charges and claimed that the counting was started without informing them. The election committee did not name the persons responsible for the violence. The voter turnout in the election was 67.8 per cent, believed to be the highest in six years. Over 5,000 students had cast their votes.

Here are the Highlights on JNUSU Elections: 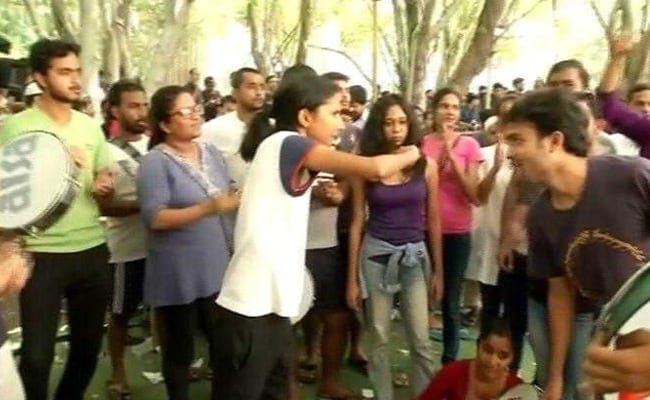 Sep 16, 2018 10:06 (IST)
For the General Secretary Post, Aejaz Ahmad Rather of the Left is leading with 1351 votes, Ganesh Gurjar of the ABVP in the second with 778 votes.
Sep 16, 2018 09:10 (IST)
The Left-backed All India Students' Association (AISA), Students' Federation of India (SFI), Democratic Students' Federation (DSF) and All India Students' Federation (AISF) have come together to form the United-Left alliance. Besides the Left bloc, there are candidates of ABVP, NSUI (National Students' Union of India) and BAPSA (Birsa Ambedkar Phule Students Association).
Sep 16, 2018 08:34 (IST)
For the post of Joint Secretary, 2,706 votes have been counted till now while 5,185 votes were polled. According to the latest trends, Left Unity's Amutha is leading.
Amutha (Left Unity) - 1049
Kanaklata Yadav (BAPSA) -346
Nureng Reena (NSUI) - 374
Venkat Chaubey (ABVP) - 695
Sep 16, 2018 07:20 (IST)
Counting of votes in the JNU students union elections was suspended for over 14 hours on Saturday by election authorities citing "forcible entry" and "attempts to snatch away ballot boxes" at counting venue. Both left and right-wing student organisations accused each other of sparking the unrest.
Sep 16, 2018 07:15 (IST)
There are eight candidates contesting for the post of president, and four each for the post of vice-president, general secretary and joint secretary. Last year, all the four posts went to the united Left panel.