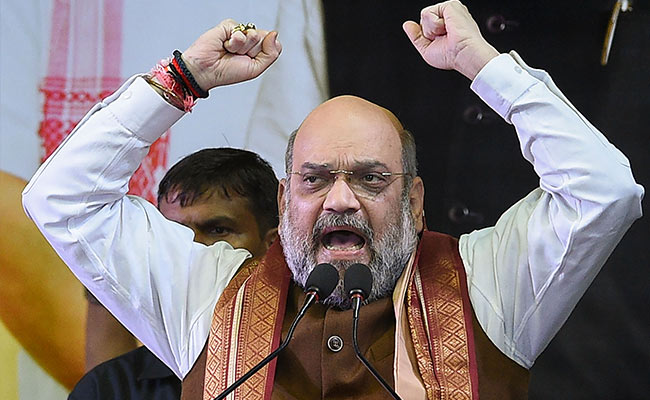 The decisions were taken at a meeting of BJP chief Amit Shah, JP Nadda and senior leader Om Mathur (File)

The BJP and All Jharkhand Students Union (AJSU) will contest this month's Jharkhand Assembly election separately after the allies failed to finalise a seat-sharing agreement. The ruling party is now left with no partner in the state as Lok Janshakti Party, BJP's prominent Bihar ally, earlier this month announced that it would field its candidates from 50 seats.

The BJP will support Independent candidate Vinod Singh in the Hussainabad constituency, a seat the party had left for AJSU, sources said.

This time, the AJSU was asking for 19 seats to contest in Jharkhand, but the BJP was willing to give not more than nine seats, sources said.

While talks for the seat-sharing agreement were on, the AJSU announced 12 candidates, four of which overlap with BJP candidates in Simaria, Sindri, Mandu and Chakradharpur.

The BJP's seat-sharing talks with the LJP also went south earlier this month. The Chirag Paswan-led party was demanding six seats, but the BJP was offering it one. Mr Paswan later announced his party will contest on 50 seats alone.

"The Lok Janshakti Party has decided it will contest 50 seats alone. The first list of party candidates will be announced this evening," Mr Paswan tweeted.

Jharkhand elections will be held in five phases starting November 30 and results will be declared on December 23, the Election Commission announced earlier this month.