In May, Jet Airways founders Naresh Goyal and his wife were stopped by Mumbai immigration from travelling abroad. A lookout circular was put out against the airline founders. 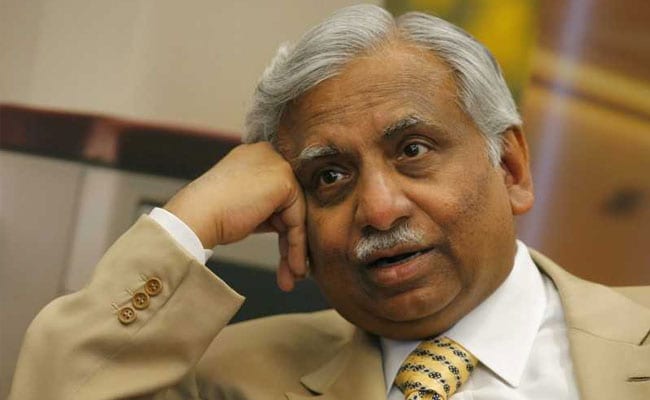 Naresh Goyal and his wife Goyal resigned from the board of Jet Airways in March.

Properties of Naresh Goyal, founder of the now-grounded Jet Airways, are being searched by officials of the Enforcement Directorate in connection with a case of alleged contravention of the foreign exchange law, officials said.

The searches are being conducted at 12 places in Delhi and Mumbai.

The Enforcement Directorate has started an investigation into the alleged Foreign Direct Investigation (FDI)  violations when Etihad acquired stakes in Jet Privilege Pvt Ltd in 2014.

Jet Airways stopped its operations indefinitely earlier this year because of its colossal debt, leaving thousands of employees without a job overnight.

In March, Naresh Goyal and his wife Goyal resigned from the board of Jet Airways, which the former founded 26 years ago, in 1992. He had also resigned as the airline's chairman.

The airline was under a Rs. 8,000-crore debt and was struggling to stay afloat. Until recently, the airline was the second largest carrier in India by market share.

The cash-strapped airline, that was struggling with grounded fleet and mounting dues to banks, suppliers, employees and lessors, suspended its operations in April.

The crisis has put 20,000 jobs at stake and has left many of them seeking jobs at other airlines with pay cuts. Many worried Jet Airways employees held demonstrations in Mumbai and Delhi, appealing  the government to intervene for revival of the company.

In May, Mr Goyal and his wife were stopped by Mumbai immigration from travelling abroad. A lookout circular was put out against the airline founders.

Today, the Delhi High Court allowed Mr Goyal's request seeking withdraw of his petition asking for permission to travel abroad. He had said that the probe Serious Fraud Investigation Office (SFIO), in an alleged fraud case of Rs. 18,000 crore was on and that he was extending full cooperation and not pressing for the petition at this stage.